Recently, an incident come from Kabul airport in which five people lost their lives in heavy gunfire. The incident happened when thousands of Afghan citizens gathered to board the last few flights leaving Afghanistan. Talking about Reuters, it is said that it is still not confirmed that whether people were killed by gunshots or stampede. 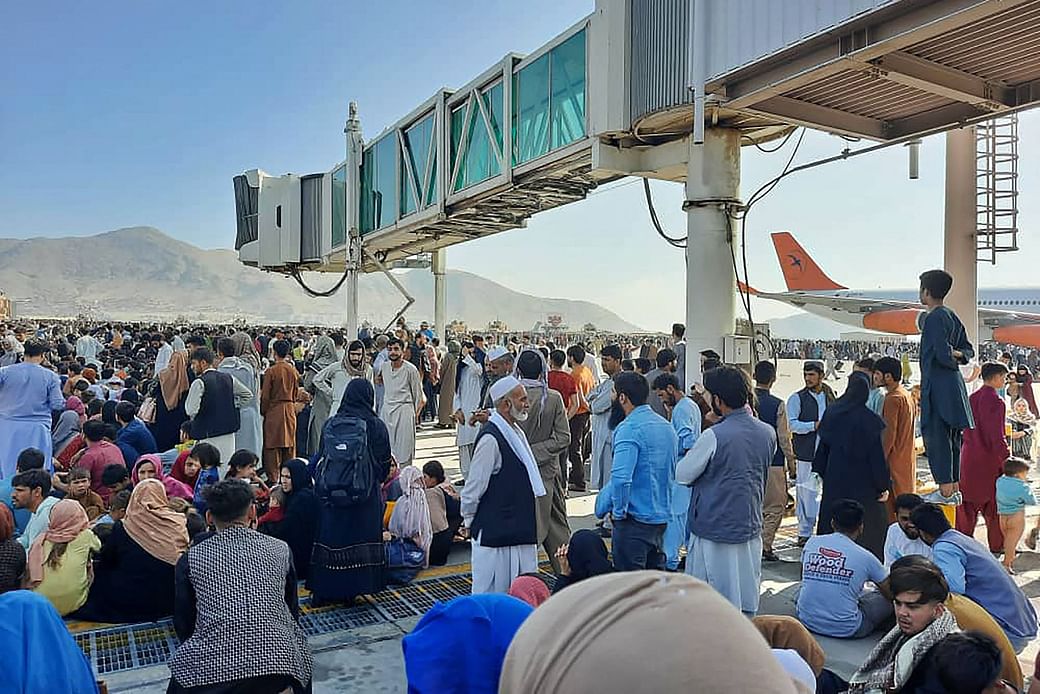 Earlier this, another report claimed that US troops fired in the air because of the heavy crowd mobbed the airport’s tarmac. The incident that happened at the place was actually not acceptable as they have to maintain the security at the airport.

If we talk about the video that went viral on various social media platforms then the videos shared on platforms showed a crowd of Afghan nationals struggling to board a plane to take off from the country. A video taken from the airport showed men climbing a ladder and trying to reach the crowded jet bridge of an airplane.

The video getting much attention as everyone knows the condition of Afghanistan and many people want to support the country but they can’t do anything as the government even can’t help the country. Many people start leaving Afghanistan and during they picking up the flight another incident happens at the airport.

In a NOTAM (notice to airmen), officials said the civilian side of the Hamid Karzai airport in Kabul was closed and the airfield above the airport was released to the military. After that, Air India has also suspended all operations over Afghan airspace. Not only this, but the United States deployed more than 6,000 personnel at the Kabul Airport to evacuate all the citizens and people who live in Afghanistan.

When the crowd of the public emerges at the airport, the forces fire some gunshots in the air to stop them but somehow, five people were found killed whether they were killed by the gunshot or killed by a stampede. Now, the investigation is going on and many people continuously searching to get some more updates on Afghanistan.

This happens all because the Taliban took control of the capital city of Kabul and declared that war in Afghanistan was over. President Ashraf Ghani already leaves the county on Sunday saying he wanted to avoid bloodshed.