Ethereum is one of the most popular crypto out there. Its appeal doesn’t only lie in the currency itself but in the whole decentralized platform. It has helped to create decentralized apps that can perform the same actions as their more traditional counterparts, with the added bonus of increased privacy and no censorship. No third-party entity is in control of your data, so you don’t have to worry it’s going to be leaked due to someone’s carelessness. However, that also places the onus on you to protect your sensitive information. 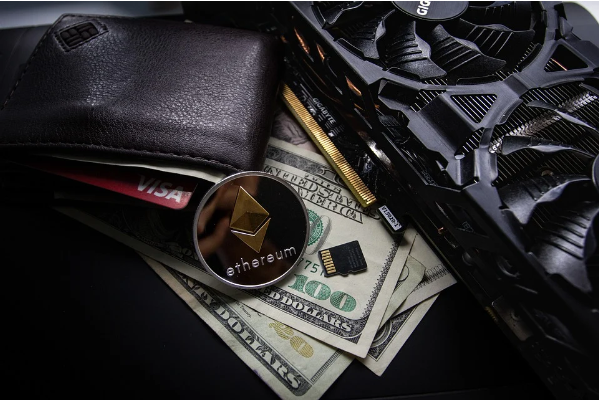 Another innovation of the blockchain system is the smart contacts technology. This tech stores data records, associations, balances, and any other info required for real-world contacts. As such, you can create markets, ledgers and even digital organizations without a middle man interfering in the proceedings. And while Ethereum is generally used to designate the digital coin as well, if you want to be very specific about it, you should know this name stands for the blockchain, while the crypto is known as Ether. The native coin of the system is the fuel behind many of the ledger projects, but it isn’t the only one inhabiting the decentralized space.

Nevertheless, despite all the discourse surrounding ETH, one aspect is not talked about as often as it should be: Ethereum’s intrinsic value.

The first and most important thing is to establish what intrinsic value actually is. In simple terms, it stands for the worth of an asset. It may sound easy but establishing these figures is actually tough complex work. The most common ways of calculating value are based on objective formulas or via complex financial models. As a trader, you want to have a good grasp of these numbers. When compared to the current prices, they can provide a clear picture of whether an asset is under- or overvalued. Knowing these numbers, you can form a clearer picture of whether or not a certain undertaking is worth your time. If you have enough foresight and have been in trading for enough time, you can also establish whether or not the trade you have in mind is going to yield positive results in the long run.

Ethereum holds much promise as an infrastructure with the potential to revolutionize both technology and finance. While still in its incipient stages, Ethereum-based developments are more likely than not to impact markets, public services, supply chains, businesses, healthcare, and likely even the way our data and identities are managed in the online space. While there are still improvements that must be implemented for the technology to become valid in the eyes of the general public, researchers believe it’s not going to be long until we see these changes popping up in the mainstream. After all, the only thing that’s needed is a big corporation to introduce it on their website, and the rest are likely to follow in their footsteps.

Transactions in Ethereum are considerably faster than those in other currencies. While ETH undertakings take only five minutes or so to complete, those in other coins can raise up to almost 40 minutes. The latest upgrade to the blockchain, Ethereum 2.0, which is ongoing as of October 2022, promises to deliver further enhanced speed to the transactions. This update is expected to be finalized after the third phase, known as Shard Chains, goes live, which will occur next year. The expected output is estimated to reach no fewer than 15,000 transactions per second, meaning that the blockchain will match any centralized system out there.

When you’re looking to trade in ETH, on top of learning what the Ethereum price is before commencing any type of transaction, you need to be aware of the market at large. Cryptocurrencies influence each other’s prices, and ETH is no exception. This has become the case, particularly since the developments have placed digital money within mainstream markets with increased frequency. This correlation usually occurs among the biggest names in the crypto market, so if you’re trading in more obscure, fresh-on-the-market currencies, you probably won’t have to keep this in mind.

To give a concrete example, during the 2020 DeFi boom, Ether reached its highest level in two years. This is because the majority of decentralized finance projects are built in the Ethereum blockchain. At the same time, other digital coins were struggling to reach higher levels. This has given ETH the edge over its peers, as they became too expensive and, therefore, unpalatable to traders. Moreover, the price rotation that favored Ethereum also outlined the many advantages of its blockchain system over others.

Nevertheless, Ethereum is a strong presence in the crypto environment. As such, it isn’t only subjected to external influences but also its own catalysts. So while correlation remains an important factor, it can only offer a clear image of the variations in price when put side by side with ETH’s own shifts and markers.

Any asset, be it stocks, exchange-traded funds, oil, precious metals and so on, have futures that can be traded. Ethereum, much like any other crypto, offers this option as well. 600k Ether has been traded in future contacts so far. This incredible number is due to increased institutional acceptance. As more companies allow customers to perform payments in digital currency, it has also driven the desire for market participants to gain exposure to tokens and, as such, hedge ETH’s price volatility.

While this market activity is still very new, and it’s not even that many traders have taken it up, it’s good to keep an eye out for it. Everything that provides substantial revenue was once nothing but a fringe idea, so you may want to look more into the processes to see if this breakthrough application fits into your plans.

Ethereum is constantly changing and evolving, so if you want to see gains, you’ll have to be around for a significant amount of time. As it develops, it is set to become all the more relevant and valuable, so if you’re not trading yet, you might want to consider it.

A History of Classical Casino Games