Kangana Ranaut and Diljit Dosanjh are again indulged in a Twitter war. Diljit has recently released his new single “Riri”(Rihanna). The song has released and has over 395k views. Kangana accused Diljit of making money from the farmer’s protest. Kangana wrote that Diljit wants to make 2 Rupees. It would have taken at least a month to make a video and the announcement of releasing a song. Since when you were planning to do that? Replying to Kangana, Diljit wrote that “this is your job of making 2 rupees. I can make a song within half an hour. It will take me less time to make a song on you but I don’t like making that. You need to speak unnecessarily about everyone’s work. 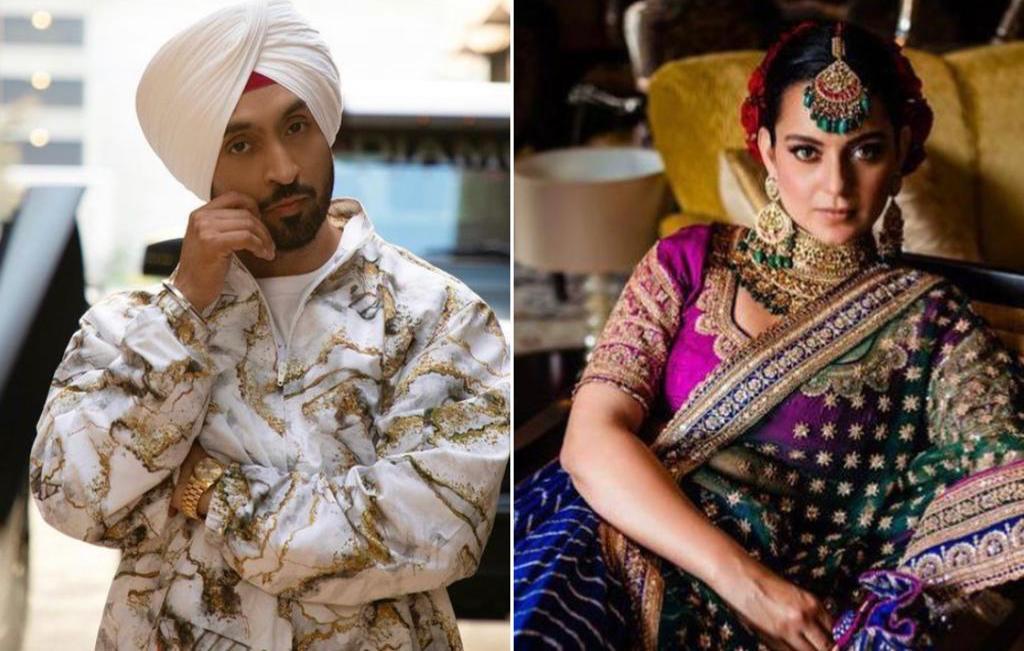 You are making me bore, better do your own work”. Kangana didn’t stop here and again replied to Diljit, she wrote, “I have only one job of being nationalist to the Nation. I used to do that for the entire day. I will do that continuously but I won’t let you do your job Khalistani”. After being called a Khalistani, Diljit replied ” There is no meaning of your words. You are not God who decides my work. Who are you to say all this.? You always need a push to move forward. Go away, no one is talking about you”. Kangana won’t stop here and again tweeted that ” Your Canadian gang won’t be able to do anything. Khalistan will be the empty space inside your brain. We won’t let our country divided into pieces.

You can do whatever strikes you want to do. Diljit then replied back and said, ” What’s wrong with you? India is just not your country, it belongs to all of us. You seem confused, this country is ours. You should wake up and get into reality. Don’t make me bore and go away”.  Then Kangana again replied to his tweet that ” This country belongs to Indians only, not to Khalistanis. Please say you condemn fringe groups that have participated in protests. If you accept this then I will apologize to you and consider you a true nationalist. Please say I am waiting for you to accept it. Diljit Replied Kangana ” We are with India and if anyone would be wrong then the government will look into the matter as this is their job. You and I are no one to decide it.

You need a useless topic to talk about and never ends it. Go away, You made me bore enough”. Kangana then replied to him that ” I knew that you will never say that you are not a Khalistani. I did this to prove that to everyone. Wolf in a skin of Sheep”. Diljit found this conversation is never going to end so he replied ” You want someone to talk to you all day. We are all Indians not you only. You are happy by making your own answers. From now onwards I will not reply to your tweets because you are getting habitual to them. I have a lot more things to do. There is no sense in your questions and I have not patience to get into this conversation”. Stay connected to know more about this article.