A man has been shot dead during the protest and one has been arrested by the police. According to victims, the rally was happening in the city. When the protest was going silently some horrible thing happens near protesters. When Report says the arrested man is a private security guard who is working in a TV station was taken away by the American Police and police also say that the suspect has not linked to the protest but it is not confirmed the news. 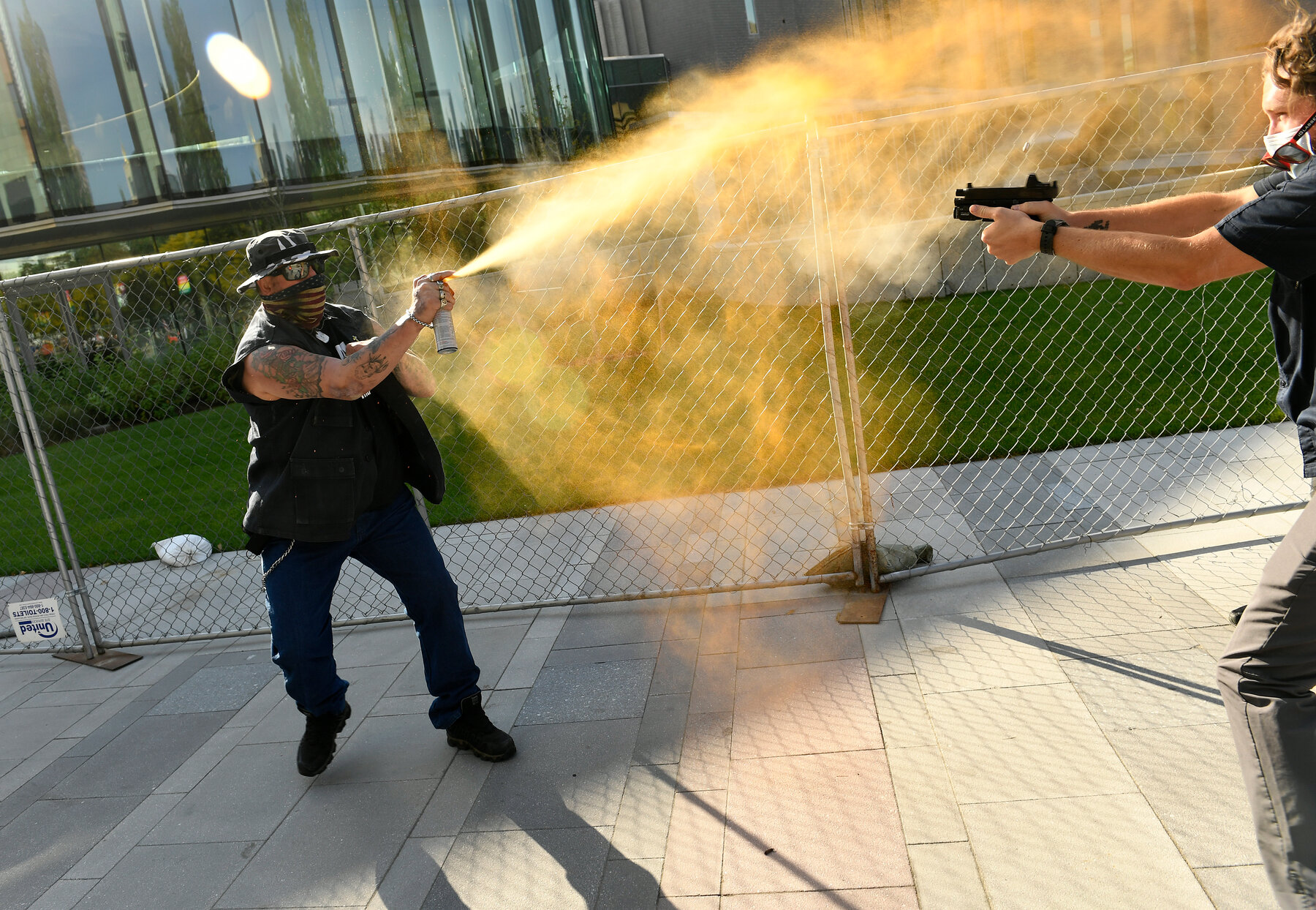 They are Investigating this case very deeply because it’s a serious matter for us and now the family of a boy who has died shot in protest is asking for justice. A Denver TV station said by his news that the suspect was hired as a security guard to protect the crew. But till now, police have not confirmed this. The police said in his statement that The “Patriot Rally” was happening near Denver Art Museum who said they were holding a “Black Lives Matter-Antifa Soup Drive”.

The shooting took place near Denver Art Museum. It is said to by a Denver Post newspaper which the demonstrator strikes the security guard and sprays pepper spray at him then guard did opens fire in public.Joe Montoya who is Chief of Investigations Denver Police said in his statement that the incident took place nearly after 15:30 local time (21:30 GMT).

On the place of incident when police was investigating the area with their team. Two firearms has found and it has been also in under police custody as a proof. A Local TV station KUSA-TV said in his statement that the man who has been arrested is a Private Security Guard of a TV station and accompanied by the Station.

The chief also said that Neither he nor victim have been identified yet by the police but we are working on this and then we rivals rallies separates and there was no other arrest. So, it will see that the guy will get justice or not? For More Further details stay connected with us.

Actress Zarina Roshan Khan Dies At 54 Due To Cardiac Arrest...