On Monday, a piece of big news has been hitting the internet in which professor Virender Kumar was arrested. Let us also tell you that his cousin Govind Prasad was also arrested along with him. Talking about the reason behind their arrest then they both killed a woman named Pinky Singh in Burari. 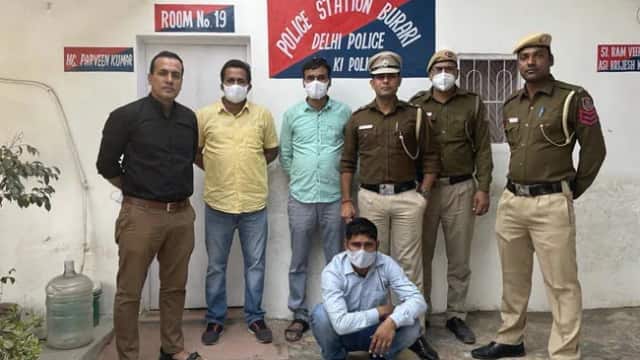 Virender Prasad is 38 years old Delhi University assistant professor who killed her own wife, Pinky Singh on Monday. After the murder, the police reached the spot and inquired about the whole case in which both of them were found as accused.

When the police arrived at the spot, they interrogate both men and asks several questions. Before talking about them, the police questioned Kumar’s former driver, Rakesh who is 31 years old. He was also arrested in the case on Monday evening.

The accused who killed his own wife named Virender Kumar is a PhD holder in Sanskrit and he works as an ad hoc teacher at Ramjas College. After a detailed interrogation, the police said lots of official statements in connection to the murder of Pinky Singh. At present, both the accused were arrested by the police to kill a woman.

According to the police, Kumar himself admitted that he killed his own wife because he felt she cheated on him. Let us tell you that they both married each other in 2020 and Pinky’s family give a cheque of ₹5 lakh to Virender as a wedding gift but when he went to cash the cheque, it bounced. After that, Virender thinks Pinky and her family cheated on him and he killed her. The police also talk to Pinky’s family who claimed that he harassed her for dowry for the past few months.

Police said the former driver Rakesh was arrested on Monday evening when a police officer found him walking “in a state of panic” in the Burari area. The police have now confirmed that this was part of a plan to mislead them.

Let us also tell you that Rakesh self-surrender after killer his employer’s wife and then police reached the house in Sant Nagar where they found Pinky dead on her bed. After that, police registered a case of murder and announced the arrest of Rakesh. Then, the police arrest Virender Kumar and his cousin Govind Prasad.