“Teri Aankhon Mein” is the duo of Darshan Raval & Neha Kakkar. Both superstars are the most admiring singing personality in Bollywood. Wherein Darshan Raval released many love songs in his career, on the other hand, Neha Kakkar also a most sparkling singer in the Bollywood. Here we set to reveal all the information about this upcoming Love song of 2020. This song is Presenting by Gulshan Kumar & T-series Music production. which is a leading brand of the Indian Music Industry. This song is captioned “The Voice of Pain When Tears Merge With The Pain“ 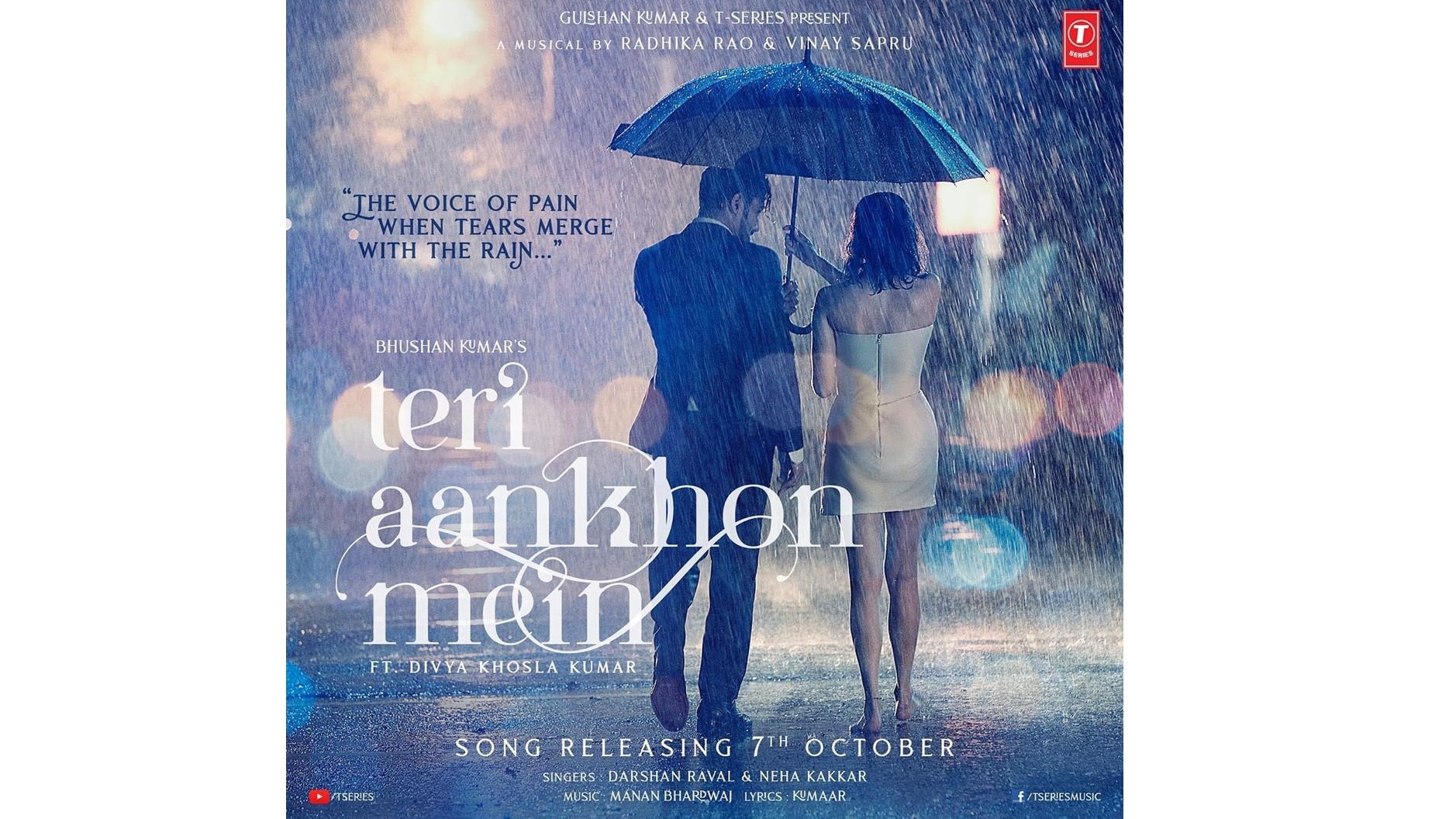 Release Date & Poster of this song

Teri Aankhon Mein is sung by Darshan Raval & Neha Kakkar. The expectation is very high because the singers of this song have already given many other Hits to Indian music. They both have god gifted magical voice.

This video song is directed by Divya Khosla Kumar who is a Dazzling director in Bollywood and given such amazing movies. She gets popularity from successful movies like Yaariyaan, Sanam Teri Kasam, etc. Divya is also an Actor in Bollywood and appeared in Ab Tumhare Hawale Watan Sathiyo as the lead actress of this film. In this brand new Love song, she will act with Pearl V Puri.