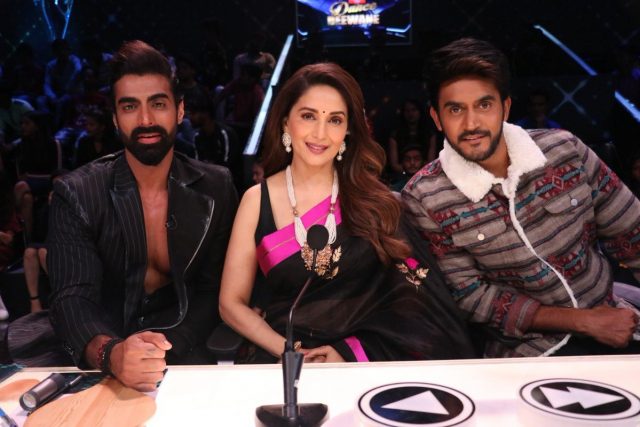 Dance Deewane Season 2 is an Indian dance reality television show that allows people of different age groups. Dance Deewane season 2 started on 15 June 2018, broadcast on Colors TV  at 9 pm on every Saturday and Sunday. After the massive success of last season, makers decided to come back with another season. The show has three categories Children, Adult, and Seniors. Children will compete with children, adults will compete with adults, and seniors will compete with seniors. Aalok Shaw was the winner in last season of Dance Deewane. The judges of Dance Deewane are Bollywood diva Madhuri Dixit, Indian dancer Tushar Kalia, and Bollywood director and writer Shashank Khaitan. Arjun Bijlani is an Indian Television Actor going to host this show again.

Generation 2 has given us some mind blowing performances in Week 1. Which of these did you like the most? Watch more of such acts, tomorrow 9 PM. Anytime on @voot #DeewangiHarUmarKi @madhuridixitnene @thetusharkalia @shashankkhaitan @arjunbijlani

In the previous episode of Colors TV dance reality TV show Dance Deewane Season 2, we have seen how many talented participants, for whom dance is their passion and the reason they live. One of the contestants named Ivanka Das proved that dance is everything for her. Ivanka impressed everyone with her amazing performance that left the judges surprised. Several other participants also impressed the judged with their dance performances.

In the latest episode of Dance Deewane Madhuri Dixit who is known for her dance moves wishes to learn belly dancing someday. During the Dance Deewane shoot Madhuri Dixit tick this off from her bucket list. She learned belly dancing from one of the contestants. In Dance Deewane Season 2 Episode 3, 22 June 2019, the judges Madhuri Dixit, Shashank Khaitan, and dancer Tushar Kalia take the audition of the contestants. Contestants will shock them with their talent. Tonight’s episode of the dancing reality TV show is going to be so interesting as the participants will spread the magic of their dance on the stage. Watch Colors TV show Dance Deewane 2 at 9 PM on every Saturday and Sunday only on Colors. You can also stream the show online on Voot.