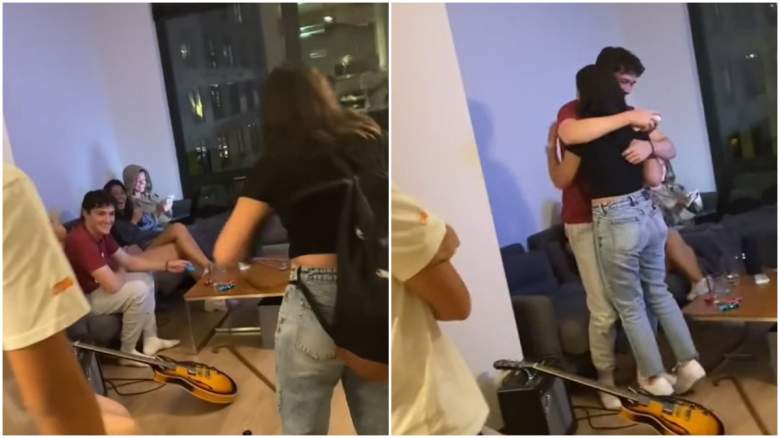 Now, Lauren Zarras and her boyfriend getting lots of views and impressions of the audience just after their video hit the internet. With the advancement of technology and easy access to the Internet, people are often screened.

Here, we are providing all the details of the incident that happened there. However, Lauren didn’t imagine that their special moment would become the talk of the town for all the wrong reasons. The video can clearly show that Lauren just wants to create an unforgettable moment by surprise her boyfriend, Robbie.

But, the moment that she wants to never forget in her entire life has become a talkative topic for everyone on the internet. Several people speculating lots of things in which some are taking the video in the wrong way.

As we can watch in the video that Lauren decided to surprise her boyfriend, Robbie at college. She visits his college with cameras held by her other friends as she wants to see the reaction of her boyfriend. When Lauren enters the room, he is sitting on the couch with three other women.

As soon as Lauren comes to him and he sees her, Robbie takes a moment before reacting to see her. He totally appearing surprised in the video and when she comes closer, he gets up and hugs her. Everyone available at the place watches both of them. While the video ends at this moment, Twitter and TikTok users are pulling up on Lauren and Robbie saying there are “red flags” in their relationship.

There are lots of speculations come in which several people allegedly saying that Robbie is cheating on her. Not even this, but some people are noted that the girl’s hand was touching his thigh. The video went viral because many people putting their comments on it.

They are putting lots of allegations against Robbie while some people supporting the love between Robbie and Lauren. So, it will be actually interesting to know what will happen next as many people are speculating Robbie is cheating on her while they both are silent on this matter and hadn’t given any clarification on such allegations.