Today we are going to talk, whose fans are eagerly waiting, yes we are talking about coolie no 1 film. The film was scheduled to be released in May but its release date was postponed due to the Corona epidemic. But recently it has been announced by Amazon Prime Video Platform that this year it will release around 9 upcoming films on its platform. 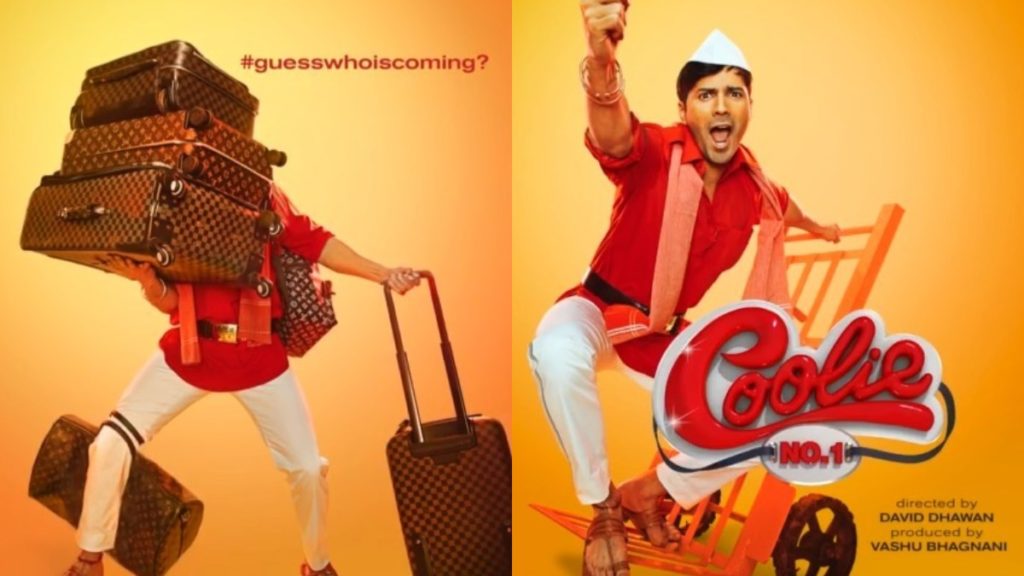 David Dhawan filmmaker’s 90s blockbuster film coolie no 1 starring famous actor Govinda and actress Karishma Kapoor, the film which also went on to great success, will be released on December 25 on the OTT platform in which the lead role The character of Varun Dhawan has not been played. Because the film stars Varun Dhawan in a double role.

Release date of the film

Let us tell you that apart from this, there are many films that could not be released due to the corona epidemic, but now they will be released on the OTT platform, that too on Amazon Prime Video. Amazon will directly release 9 upcoming films on the OTT platform. In which coolie no1 in the first place and second Durgawati, Rajkummar Rao, Nushratt Baruchaa’s Chhalaang, etc.

Apart from this, let us tell you that coolie no 1 is a drama film that will entertain the audience, with it you will get a chance to see one of the best actors and in the 90s you will miss it once again. So, wait for this Upcoming film and stay connected with us for the latest news and updates related to the film.