Today we are talking Weekend Cooking Episode is all set to entertain you once again with the unexpected essence of drama and suspense. Yes, we are talking about ‘Cook with Komali’ which is the most popular cooking reality show among various reality shows. We would like to tell you that this show is slowly succeeding in making its presence felt in the television world. As we saw in the previous episode we enjoyed a tight competition between the contestants. Like the previous episodes, we want to double your enjoyment by giving you information about this episode. The show is aired on Vijay TV at 6:30 pm You can also watch and enjoy the show on the online platform Disney + Hostar. 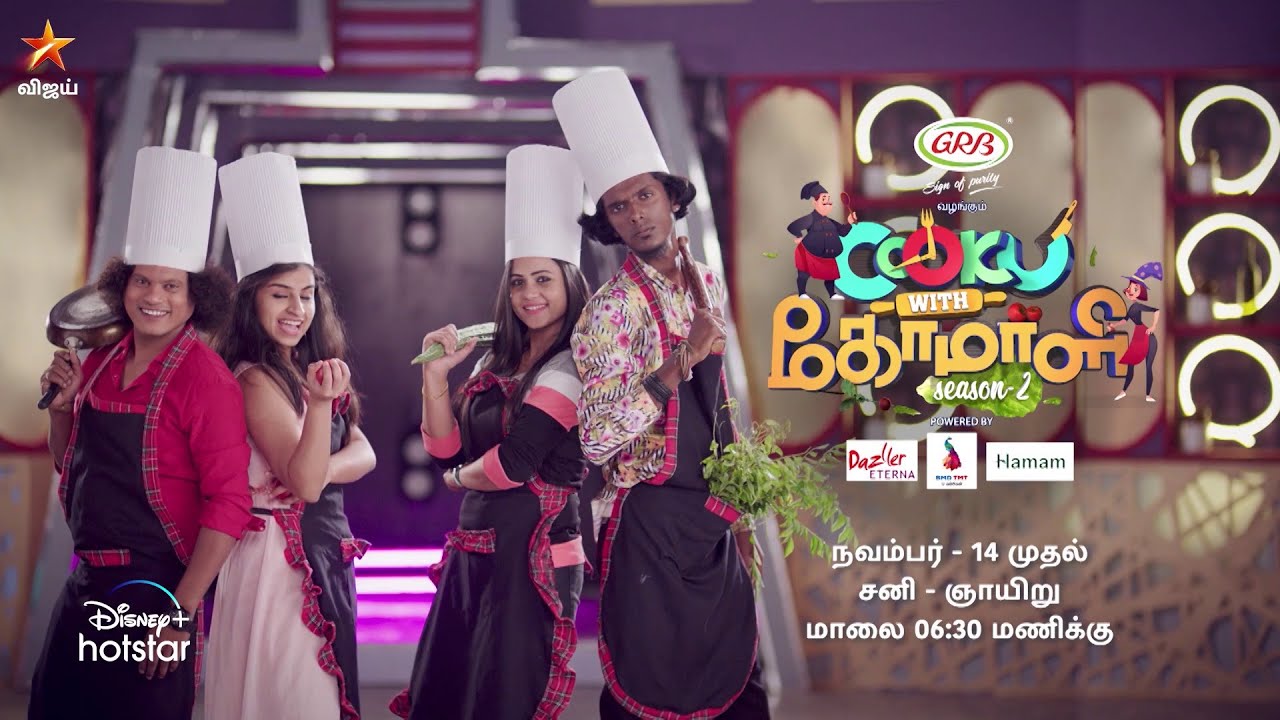 As we saw in the episode, the immunity round has started. In which Ashwin Kumar has steadily maintained his position. Along with this, we would like to tell you that today’s episode will also start with Pappu as usual as Pappu will welcome all the contenders and together with Bala will increase the entertainment dose in the show. After this, the turn comes to announce the name of the winner of tomorrow’s task.

In the upcoming episode, we will see that chef Venkatesh Bhat will be seen announcing the winner in a different way. Eventually, he will announce the name of Pavithra Lakshmi and call her on the stage for sharing some important points and facts related to the immunity round. Meanwhile, Venkatesh says that there are some boards on which wrote the name of different dishes and you have to choose one of these boards.

Further, he says that the same dish you choose will have to prepare for today’s task. This is the task of today for all the contenders. The Pavithra moves forward and selects the board, after which it is seen which dish is written on the board and everyone’s eyes are on that board. Let us tell you that the sweet dish is written on the chosen board. So, in the upcoming episode, all the contenders have to make a sweet dish in the given time. Let’s see how much this task will entertain you.