On Monday, Prime Minister Narendra Modi held his fourth video conference with Chief Ministers of various states. Home minister Amit Shah was also present at that time. The meeting lasted for 3 hours, had different issues discussed, the states put forward their views on the strategy ahead whereas most of the state’s CMs talked about increasing the lockdown and gradually starting economic activities. However, it is said that PM Modi’s focus was mostly on accelerating the economy.

Odisha’s Chief Minister Naveen Patnaik and State Health Minister Naba Das were also present in the video conference with the Prime Minister. They said, ‘We have demanded to increase the lockdown or else we will not be able to face these things in the state. We suggest extending the lockdown by one month. 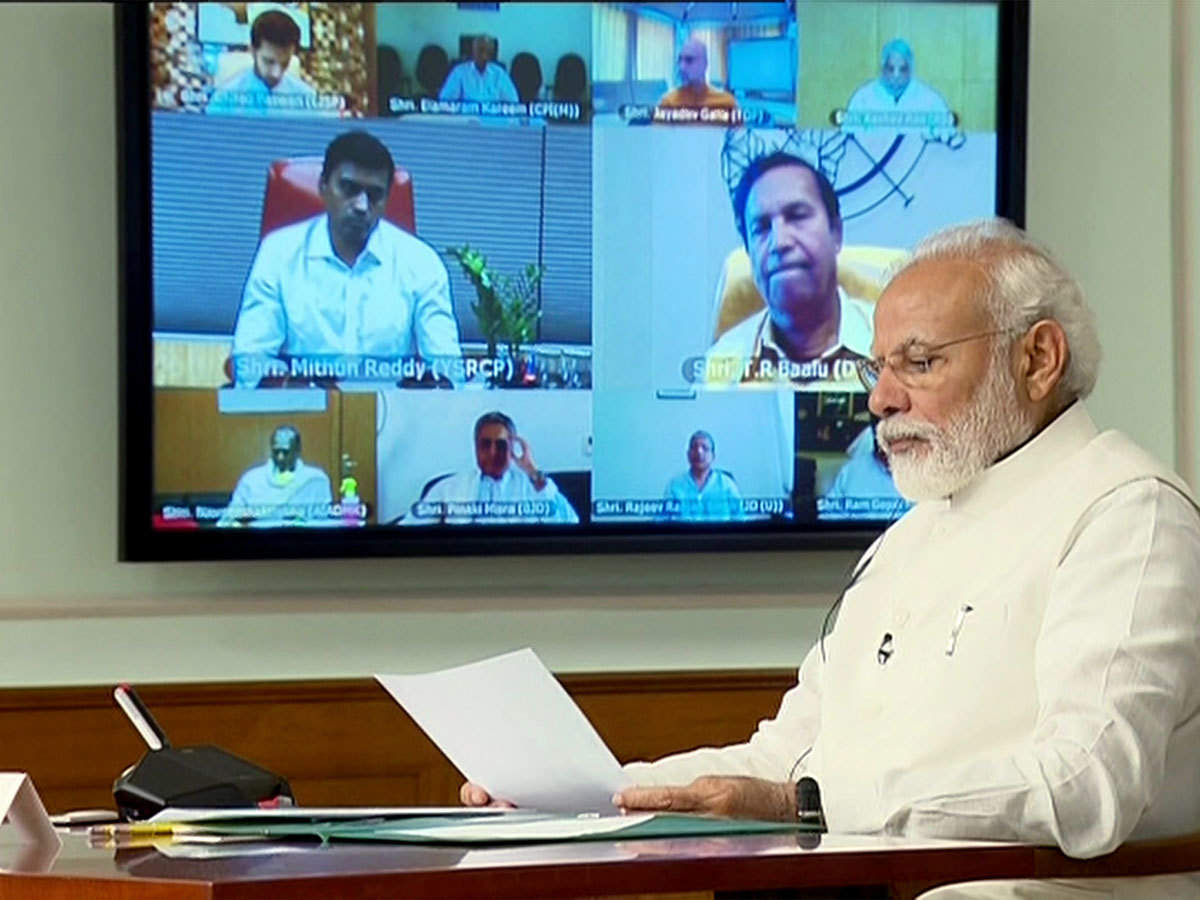 Meghalaya Chief Minister Konrad Sangma said, “In the video conference with Prime Minister Narendra Modi and Home Minister Amit Shah, we talked about increasing the lockdown but the activities will be allowed in the zone with some exemptions.”

The corona free state, Goa’s Chief Minister Pramod Sawant said, “The lockdown implemented due to Kovid-19 which ends on May 3 should be extended further.” It should exempt economic activities within the state but the borders should be sealed.

The Chief Minister’s Office of Uttarakhand informed that in conversation with the Prime Minister, Chief Minister Trivendra Rawat said, “A committee of ministers and experts has been formed for the economic revival of the state. The Chief Minister has suggested that the current period of Mgnrega wage employment be increased from 100 days to 150 days.

West Bengal Chief Minister Mamata Banerjee was also present in this meeting. However, she did not get an opportunity to speak. She said that the Center’s statements on the lockdown are contradictory, there is no clarity in them. We are in favor of lockdown. But the central government insists on unilaterally enforcing the lockdown but on the other hand is ordering the shops to open. He said that if you open shops then how will you implement lockdown. I think the Center should come out with clarity.

Chief Ministers of Meghalaya, Mizoram, Puducherry, Uttarakhand, Himachal Pradesh, Odisha, Bihar, Gujarat and Haryana got a chance to speak during the meeting. While the other chief ministers have been asked to give their suggestions in writing. It is believed that PM Modi will discuss with his cabinet the feedback from the states and it is possible that there will be an announcement on the lockdown by 1 or 2 May.