Again, we are back with another enthralling update of the most prominent television show named Choti Sardarni. As all of us know that the show is going on very well and entertaining millions of people all over the country. The story of the show already engaging millions of people to watch the exceptional show. Now the upcoming episode begins with Meher who is upset with Sarab and hurt as well. Meher also tries to call him but Sarab disconnected the call every time that made her more worried about him. Later, Sarab comes back home and tel Meher the reason that why he has disconnected her calls. 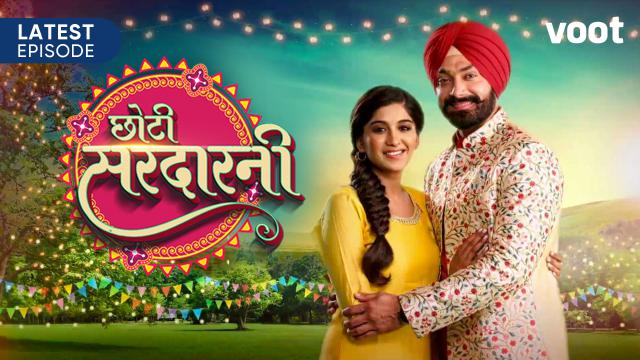 He says that he was on an urgent call and this is the reason he has to disconnect her calls. Meher is actually very worried and upset, but he tells him to sit and talk to her. After hearing this Sarab thank God for Meher talking to him. Then he sits to talk to Meher and she is just starting a conversation but his phone again rings and he tells her that he has to leave from there because of some urgent work.

In the next scene, viewers will see that Sarab is on the way and get a call from Saloni. She tells him that come to her as she is waiting for him. Not only this, but she further tells him that be careful while you coming to her as Meher might be following him. After Sarab cuts the call then he worried about it.

Meher is a misunderstanding that there is something between Sarab and Saloni but there is nothing as Meher thinking about. Later, Saloni visits Sarab’s house and she met Meher.

Later, Meher tells her that she is so shameless as she comes here to meet Sarab. Saloni says that what is she is saying but Meher asks her why she following her husband. Then Sarab comes and says that we are saving an issue that is related to his company. Even that Meher is not ready to understand the point.

So, it will be actually very enthralling to watch the crispy little fight between Meher and Saloni. Choti Sardarni is airing on Colors TV at 7:30 PM. So, don’t forget to watch the exceptional episode of the show tonight.