Again, the most prominent daily soup is on the way to entertain everyone all around the country. Yes, we are talking about Choti Sardarni that going to boost the engagement of the audience to watch it. So, the story of the show already going on is very fabulous in which Seher reveals her relationship with Kunal to Param and Karan. 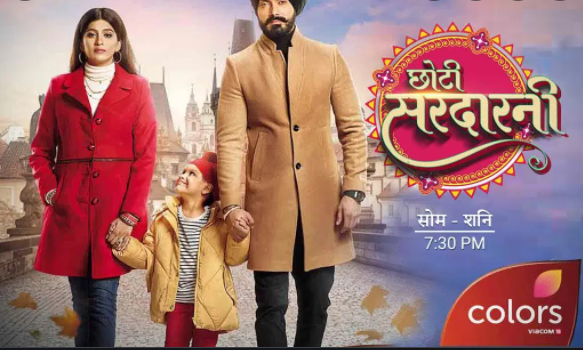 After they both quite ireful from Seher. Later, Seher and Kunal’s pure love makes them happy and they both accept their relationship. In the next scene, Param and Karan appearing saying to Seher that they both preparing for her engagement with Kunal.

After hearing this, Seher hugs her brothers and thank them. Then, Seher video calls Kunal and announces the great news to him. Kunal also gets very happy after hearing this, but he thinks about something that is clearly appearing on his face.

Seher asks him if he is not happy with the engagement but he denies it and tells that he is thinking about his Visa. He applies for the Visa but any confirmation has not arrived yet. Seher also becomes quite tense. Suddenly, the doorbell rings, Kunal opens the door and takes an envelope from the delivery boy.

When Seher opens the envelope, he sees the confirmation of his Visa and his happiness becomes double. Seher is still on the video call and she is also getting very happy after hearing this. Now, in the upcoming episode, Seher will go to meet the person who secures her factory from fire.

She gets a clue to find him and through the only clue which is a badge on the person’s jacket help Seher to know him. Seher gets that the person who secures her factory is the brother of CM. When she reaches the home with a Bouquet, the guard stops her at the gate.

But, a lady who may be from Rajveer’s family asks the guard to let her go inside. After that, Seher goes inside and sits on the sofa in wait for the person. Still, Seher didn’t get that the person who safe her factory is none other than Rajveer. On the other hand, Rajveer making a painting and he suddenly realizes that Seher is nearby him.

He comes to see who is there and when he reaches the hall and sees Seher is actually sitting there, he is completely shocked. Now, what will happen next is actually worth watching and you just need to stay connected with Colors TV to watch Choti Sardarni at 7:30 PM.