Welcome guys to the most genuine page where you will get the best-written update of the much-lost daily soup, Choti Sardarni. The story of the show already took a very big turn and add the crispy twist that stuns every fan all around the country. 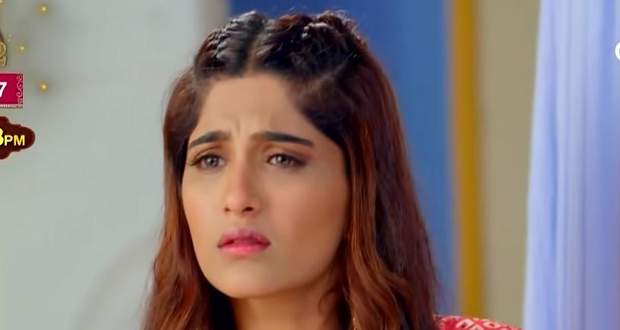 The upcoming episode of the show begins with Rajveer who continuously serving in the Gurudwara. Daar Ji comes to him and asks him to take a rest as he is serving for hours. Then, Rajveer replies that he had been trying to help someone but he can’t and he says let him serve here. He starts serving in Gurudwara.

She says congratulation and hugs them and says that Seher will be daughter in this house and she will live like a Sardarni. She further says that she will take care of Seher and asks Param and Karan to sit. Then, Param says she is right and if their father is here then he would also find the family like this for Seher.

After that, Param says the love of our sister was cheating on her and she takes the right decision by saying yes. Then, Dida says that things work or happen with time and the case would also take time to close. Dida further says the case will close along with rituals, engagement, and haldi.

After hearing this, Karan and Param get shocked and Dida says that the case would close with the last Phera that Seher and her brother will take. She says Seher should stick to her decision. In the next scene, Rajveer sees Seher who is praying to Baba Ji that he always showed her the way.

She asks why he left her alone today and prays not to take her Kunal away from her. She further says that the decision that she took made her shiver and she can’t even imagine being with anyone else except Kunal. Not only this, but she says that her heart doesn’t accept that Kunal didn’t come here.

After that, she says he can’t go away from her like this and she cries. The further story of the episode will be going to show that the officer who lied to Seher will reveal the truth. Choti Sardarni will be actually highly anticipated and worth watching that will be airing tonight on Colors TV at 7:30 PM. So, don’t forget to watch the full episode of the most loved daily soup.