Here we are talking about the shows “Choti Sardaarni”. The episode begins Raja is stuck in the storeroom. He calls Bindu and said about his situation. Bindu said that he turns off the light and in between this you have to run away. Aditi brings the torch and Prakash fall on the Vikram face. Manav sees the Raana face and gets shocked. By mistake, he sucked the whistle.  Aditi and Vikara listen to some noise and Vikram goes to find out the noise. 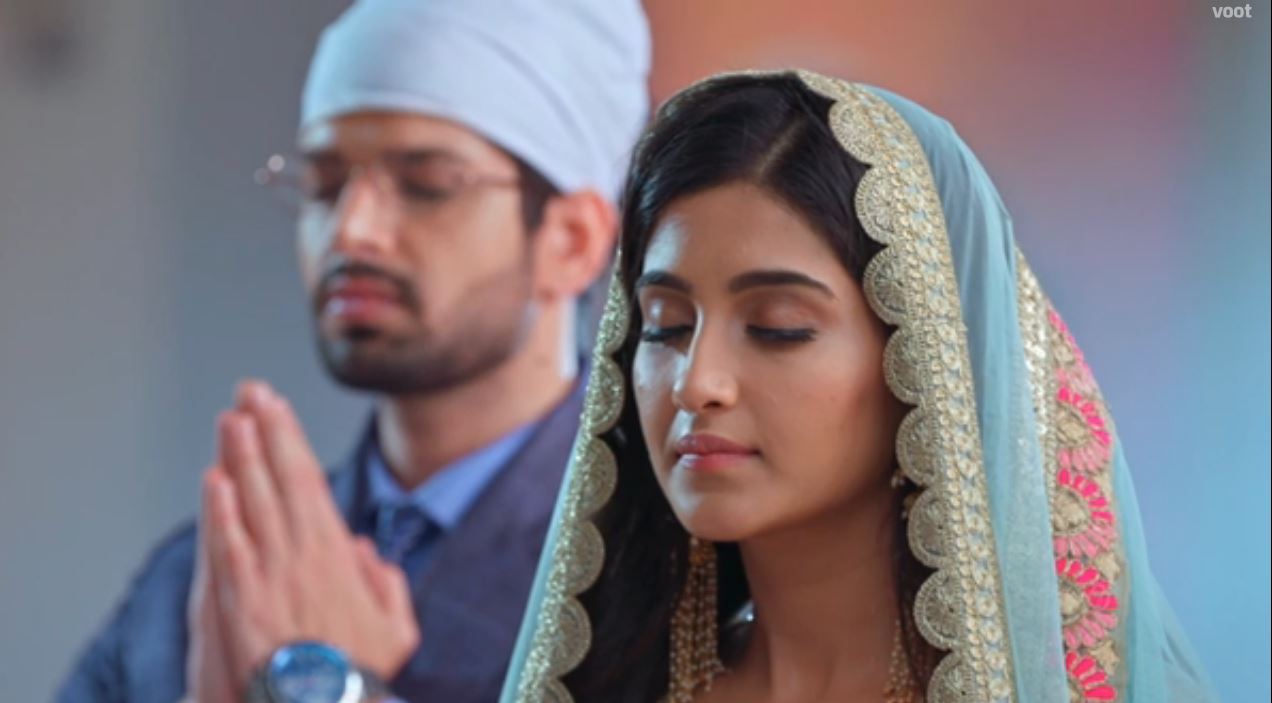 Between this Rana run away from the window and Bittu follows him. He asks from him that what happens inside, Rana wants to say but he can’t because he swallow the whistle and he can’t talk anything. When a car hits both of them that time Rana typing in phone something. Vikram discusses the Manav with Aditi. He says that Sarbjeet, Kulwant everyone calls him Manav. It means Manav’s face is similar to him.  He sees him the CCTV footage when Kulwant comes That how Kulwant afraid to see his picture.

Against the meantime, Sarbjeet embraced him cordially in the temple. Aditi discloses that Manav is the boyfriend of Meher. He feels guilt and he reveals the Mehar name. He says that he has to meet with Mehar to solve this problem. He says that he has lots of questions to ask and he wants to know everything about the past. he wants the help and Aditi promises her to help him.

In the morning Robbies says that Harleen invited Mehar and Sara in Pram house to celebrate the party. Harleen says that now Pram is grown up he has to include in everything. She says to Param that she prays for the Karan get back. Robbie is happy to hear this news but Harleen gets upset because she doesn’t want anything to wrong with the children. She says I want to live long but not in this house. She says that she wants the child will live far from us in any other foreign country and she is ready to send him and he lives full life there. She doesn’t want to past to reform. Param watches the cartoon on TV. Nani said to Pram to slow down the volume of the TV. Mehar and Sara come there at that time. Prama says no to Nani and shows the jealousy towards the Karan. Stay connected with us for more updating serial.