Again, we are back with another great written update of the most prominent daily soup, Choti Sardarni. So, the show is actually garnering lots of love from the audience because of the exceptional story and star cast. The makers come with some talented stars and brilliant concepts that stick the viewers to watch upcoming episodes. The upcoming episode of the show is also amazing and quite impressive in which everyone will get a proper pack full of entertainment. There are lots of drama, suspense, fun, and much more that always making the show the best among others. The upcoming episode of the show will also be very brilliant and worth watching. 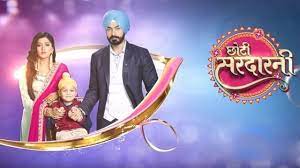 The episode begins with Seher comes and recalls the moment when everyone talking about the good news. Rajveer is worried about Seher and he asks Param if Seher came there. Param says no she hadn’t come here and asks him if everything is Okay. Then, Rajveer tries to trace her location and then Harsh asks her man to look for Seher. She says Sonu, they will bring her into this world and then her man calls and says that they found her. Seher walks on a road and recalls the moments with Rajveer. Rajveer gets her location and runs there.

Rajveer is on the way and Seher cries. Harshdeep comes there and says Rajveer must have told her everything about the promise and asks her for her decision. Seher stands up in shock after hearing this and Harshdeep again asks about her decision. Seher says she didn’t get anything. Now, the upcoming episode will be full of suspense and drama in which Seher has to choose her child will live with Rajveer and Seher or Harshdeep. The makers actually bring a very interesting concept to stay the engagement of the viewers to watch the show. Choti Sardarni will be airing on Colors TV at 7:30 PM and don’t forget to watch the full episode tonight.