Without a shadow of a doubt, Canada’s international soccer team have transformed into the most promising squad to stem from North America. 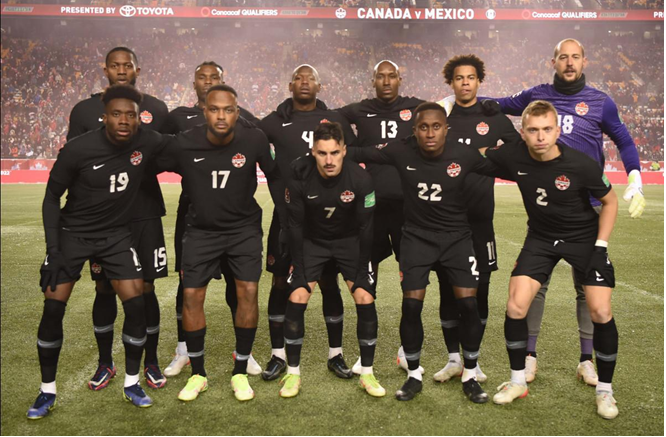 John Herdman’s men have undoubtedly earned the title of 2021’s most-improved international team. Their quest to become the more robust and talented side between their rivalling neighbors in the United States came to fruition at the beginning of 2022.

During a cold and rigorous winter afternoon on January 30, a power shift materialized at Tim Hortons Field. As Gregg Berhalter and his USA clashed with Canada, the frustrations of the U.S. squad couldn’t overcome a Cyle Larin strike to give their international rivals the lead. The final nail in the coffin came during injury time when Sam Adekugbe gave the Canadians a 2-0 lead and a convincing victory.

“We knew we could change a football country forever,” Herman said as the home fans celebrated their success, hardly believing the whirlwind propulsion the country had created. “That spirit, you see; we all want to get to Qatar. I genuinely believe that these men know they have an opportunity to leave a proper football legacy moving forward.”

The timing of Canada’s impressive outings on the pitch have arrived following the summer where the women’s team successfully captured the Olympic gold medal. And while the CONCACAF fixture list has unquestionably been a difficult one to manage, Herdman’s squad rotation has been near-perfect. He guided his team through a nine-game win streak prior to the USA meeting, which was extended to ten games after Canada defeated El Salvador earlier this month.

And with the absence of Alphonso Davies affecting his starting eleven against the U.S., Herdman executed the correct moves in making four changes to his opponents three. 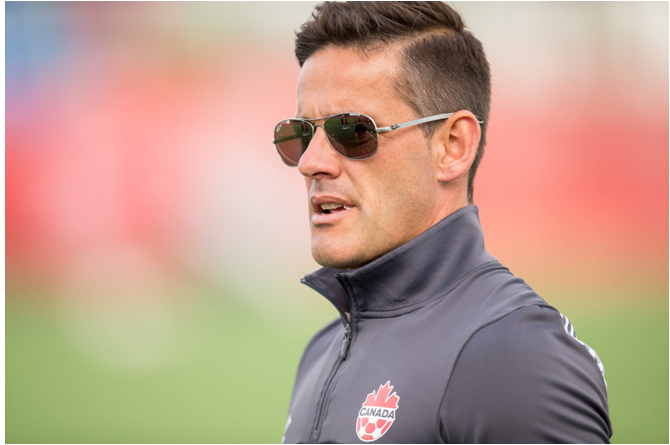 It was Canada’s up-and-coming full-back, Kamal Miller, who struck fear into the United States early. Christian Pulisic was left shook after a damaging foul came from Miller just five minutes in. The USA’s star man delivered an appalling free-kick to follow, hinting that Miller’s force had certainly made a mark.

The result must have instantly triggered USA’s failure to qualify for the 2018 World Cup, but at least they can blame the windchill that dropped to -14F (-25C) before kick-off.

And despite a begrudging position to deliver his post-match analysis, Berhalter did manage to keep it honest and upbeat.

“The result hurts. The performance doesn’t hurt,” Berhalter commented. “It was an entire team effort that was outstanding. We asked them to be dominant; we asked them to embrace the conditions, embrace the physicality… I think we did that, and it’s hard for me to remember a performance away from home this dominant without getting a result.”

Qatar 2022 Qualification: Canada Will Qualify with Games to Spare

So, as the Canadians sit eight points clear of fourth-place Panama, it would take an unlikely turn of events to prevent their qualification into the Qatar 2022 World Cup. They’re the only unbeaten team in the CONCACAF qualifiers and have conceded a mere five goals from eleven matches played. They’re also topping the goal-scoring charts, with an impressive 19 scored thus far.

Canada’s current six-game consecutive win streak and undefeated presence have also taken a significant interest off the pitch. With Ontario sports betting apps becoming the most common platform for aspiring soccer bettors to place their wagers, Canada’s impressive run is lining the pockets of handicappers who’re aligning a sense of trust in unison with Herdman’s tactical masterclass.

With three games remaining versus Costa Rica, Jamaica, and Panama, bettors can bank on Canada, holding onto their undefeated record as they’ve already proved their dominance on several occasions when facing a higher level of competition.

Canada will be forced to wait until March to clinch a World Cup berth. Still, a successive outing against Costa Rica will mathematically guarantee the rising North American side a top-three placement and a position in Qatar 2022.

It’s challenging to envision Canada making a mistake now. Without a jinxing celebration, I think it’s safe to assume that Canada will qualify for its first World Cup appearance since 1986.