Bigg Boss Telugu 4, the biggest reality show in the history of world television, Bigg Boss Telugu entertaining the television audience. The fourth season, which started last Sunday, kicked off on Saturday. Every Saturdays and Sundays are very special for the Bigg Boss audience. Because On these days Host Nagarjuna enters to communicate with housemates. Nagarjuna comes as Bahubali to fine the Who is Kattappa was in the House. 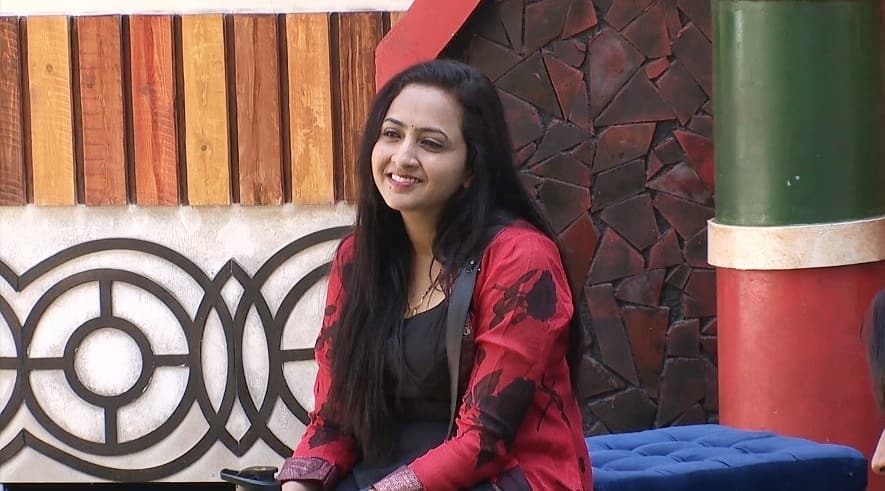 In Yesterday Episode Nagarjuna was come On Bigg Boss stage to communicate with 16 Contestants In the House, Nagarjuna Talked with Everyone with Name and Looking Like Good with Everyone, But He is Nagarjuna, he can Whatever he want, Nagarjuna Gives Massage to Everyone, How’s They are Looking On Screen, Thorough TV.

Nagarjuna Gives Many Compliments to Gangavva and Give The Way She Showing Up her Energy At This Age It’s Commendable, Also Talke with Her So Long, He Enjoying her Company, Gangavva Keep entertained in his own style. Nagarjuna Gives One Advised To Gangavva That She Needs To Talk Slowly To Convey Her Massage Clear To Everyone.

As We Know Gangavva is Flute In Telugu that, she can Talks Fast, Nagarjuna gives her only advice and Best her Luck, In Replay also give the savage answer to Nagarjuna, after this answer Nagarjuna become stunned for while after 2-3 seconds he laughs very badly, Nagarjuna says Gangavva You are so Funny, Nagarjuna appeal to Bigg Boss Can I Participate As a contestant Because I want Fun with Gangavva. (Read More: Bigg Boss 4 Telugu 13th September 2020 Written Episode Update: Surya Kiran Eliminated)

Nagarjuna also praised the way Divi Express her thoughts towers, Housemates, also Give Many Compliments about her Looks and observations about the housemates, He Suggests to Her She Needs to More Involve with Housemates, Divi is also Nominated for this week, Because she never talked too much in First 3 days after Bigg Boss Give her Task On 4th Day, She Becomes Savage and Proves That She Is Good Player, After 4th Day Divi Fan Following Become Double.

Who Is Kattappa In House