The popular TV reality show for Indians, Bigg Boss OTT is coming back with the latest and amazing episode of the day because the episode is ready to bring the truth to all the contestants this weekend. Every weekend, we get to see something amazing and interesting as the show has lots of contestants who has been battling against each other to reach in the final days and it has been just 18 days of the house and the reality of the contestants can be seen easily. 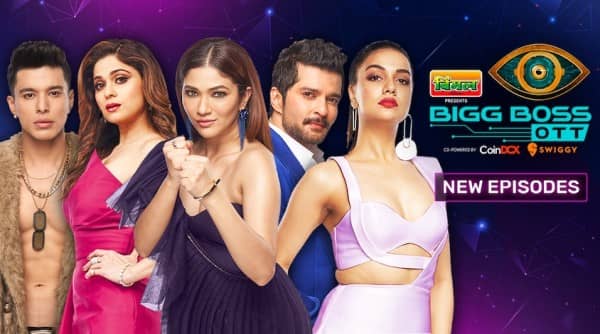 Now, the next episode will come with ugly fights, misunderstandings, and awful comments. Day 18 of the show is going to be more aguing among watchers.

Here is the latest written update of the next episode, Day 18, where the dose of entertainment will never get down. As we know that it will be Saturday and the weekend shows us everything of the previous day of this week. Well, Milind Gaba and Neha Bhasin have become a target of many comments and on the other side,

contestant Akshara Singh compared the contestant Shamita Shetty to her sister, Shilpa Shetty, who is a popular Bollywood actress. With all of this, we have seen that the Bigg Boss has introduced a new task in the house and the weekend episode is close and watchers are excited that who will eliminate from the house this week.

At the starting of the episode, we will see that Moose Jattana is breaking down because during the Khunkhaar Bhediyaa Task, Milind Gaba kept insulting Neha Bhasin and that time, she did not react to this as she felt guilty for him. Divya Agarwal can be seen pampering her and also talk and make her laugh.

Now, Bigg Boss will announce a new task in the house where our housemates will have to divide into two teams. Team A has Milind Gaba, Divya Agarwal, and Akshara Singh and on the other side, Team B has Shamita Shetty, Nishant Bhat, Raqesh Bapat, and Moose Jattana.

They will have to entertain and impress our judges, Pratik Sehajpal and Neha Bhasin. They both are Boss man and Boss lady of the house recently and our housemates will have to perform a dance in just 30 minutes.

Now, the episode shows that how everyone will practice their dance and try to complete the entertainment task. They all will be seen practicing for the task and everyone wants to impress our judges. Later, Team B will be declared as a winner of the task and our judges will appreciate every dancer of the task.

Also, our contestants will be trapped when Bigg Boss will ask them to nominate two contestants for performing the task. When no conclusion comes out for this, Bigg Boss punishes everyone in the house and all the contestants will have to sit on a see-saw for the next 1 hour.

Now, the next episode will bring many more things of the episode, and tomorrow, we will get to see that who will evict from the house. So, stay tuned with us for more details.