Actor and former Big Boss participant, Ajaz Khan has been arrested in Mumbai by Khar police for making some shocking remarks during a video talk on a popular social platform. He was heavily on his attack on BJP for targeting the Muslim community. His arrest was requested by many netizens who ran a trend and demanded immediate action.

While talking to a live chat with fans on Wednesday, he said that BJP is responsible for all the happenings. He further said in the video that the entire matter has been directed to communalism rather than focusing on the actual situation of pandemic going on in India. Ajaz also blamed the political parties for the crowd gathered at Bandra station. He even went on the length by saying, those individuals who are spreading the bogus news in the nation, get infected by Corona. 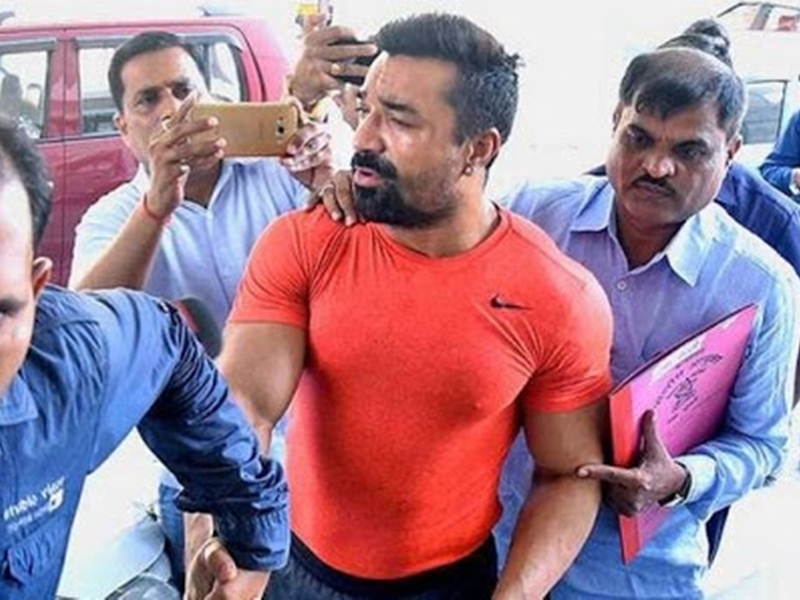 Ajaz had said many things in the video and some people did not like it at all, soon after they started demanding the arrest of Ajaz on social media. They even ran a trend by using the tag #Arrest_Ajaz_Khan on Twitter. And, on Saturday, he was arrested by the Mumbai Police for making these objectionable remarks. Ajaz was booked under IPC sections 153A, 117, 121, 117, 188, 501, 504, 505 (2).

A Mumbai Police official said on Saturday that actor and former Bigg Boss contestant Ajaz Khan has been arrested for uploading objectionable Facebook posts. He said that Ajaz Khan was called to Khar police station in connection with the remarks made during Facebook Live and then he was arrested. He further said, ‘He has been charged under Section 153A and others of IPC. The investigations are on to find the people behind, for promoting the enmity between the two communities.