Bigg Boss Makers Ready With One New Major Twist In The Show To Makes In Twist and Turns In The Bigg Boss 14, Now First Time In The Bigg Boss History Wildcard Entry Can Win The Show, Salman Khan Himself On Stage On This Season Wildcard Entry Also Can Win the Show, After The Nikki Tamboli, Rahul Vaidya also Eliminated From Bigg Boss Show Because of Lacks of Votes and His Intrest Towards Show Not Fulfill The Desire Of the Bigg Boss Makers, So Finally Rahul Vaidya Eliminated And 6 More Former Bigg Boss Contestants Going to Enter In The Show To Giving New Drama and Twist To the Audience of Bigg Boss 14. 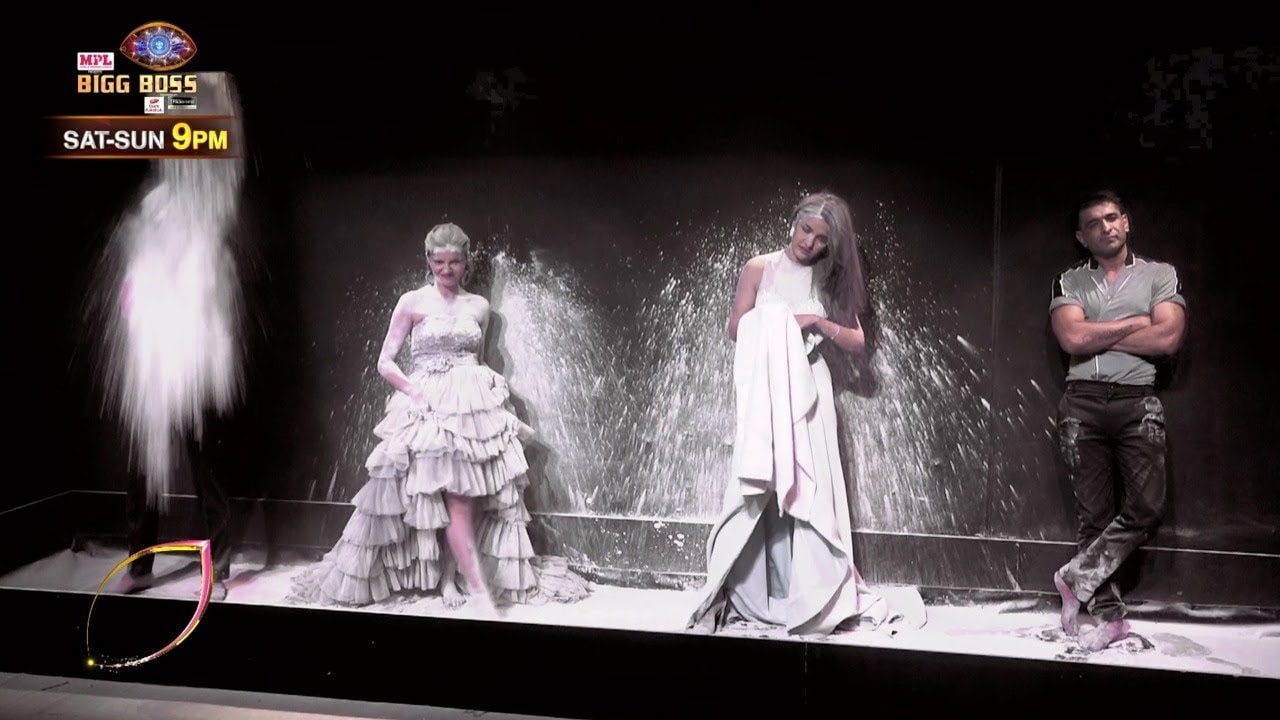 Total 4 Contestants have Survived Finale and Now They Have To Face One More Big Challange In This Season Former Bigg Boss Contastnts Vikas Gupta, Arshi Khan, Rakhi Sawant, Manu Punjabi, Rahul Mahajan, Kashmera Shah Entered In The Bigg Boss House They Are Challengers of The 4 Housemates Who are In The House, All Of the Formers Contestants have to Choose One Targeted Contestants. Arshi Khan Targatting Rubina Dilaik and Arshi Said You Are Not the Only Boss In The House Now Come Here To Give you Competition, and You Told Everyone What’s Your ‘Status’ Now I am Telling You What’s Your Status Then I Will Show You My Status.

Kashmeera Shah Targeted Jasmin Basin, Kashmeera Shah Said I Will be Revels Your Fake Double Face, Jasmin Basin You are Showing Cute Cute But You are Not Cute at all and Your Real Face Everyone Knows and Right Now You Become Jas Means Just Like Your Name You Are So Mean, According To You Only You Can Hurt, I Will Expose Your Just Wait and Watch.

Vikas Gupta Targeted Abhinav Shukla, Vikas Gupta Said According To Me You are Not Playing Good Game, When You Said To Rubina To He Will Rise His Hand On Her, It’s Disrespectful For Everyone, Now I Come Here I Will Show You How To Play Game, I Am Mastermind Of The Bigg Boss  House.

Rahul Mahajan Said Rubina Dilaik Please Don’t Make Fool Here To Reveling Fake Story of Your Personal Lifestyle Here When She Was In Theater Room For Dark Secret Task, She doesn’t Cry When She Telling The Secret, She Cried After The Task When She Feels Like She Needs To Make Emotion Fool to People’s.

Manu Punjabi Also Slammed Jasmin Basin For Her Double Face Personality In The House, He Said If She Doesn’t Like Someone Then Tell Them She Doesn’t It But She Is not Doing That And Playing Dirty Game In The House, You Can’t Play With Me, Wait and Watch. It’s Seem Like Everyone Want to Target Rubina Dilaik and Bigg Boss Gives 5 Tasks Among 5, There is 3 Task Releated to Rubina and Abhinav, So It’s Clear Rubina Dilaik Is The main In The House.

Bigg Boss Gives One Task To Challengers, ‘The Balloons Of Misunderstanding’ In This Task Challengers have to Target One Contestant and Give The Reason Like That HE/She Feels He Is Boss Of the House But He Doesn’t and Explode The One Balloon of Contestant.

Vikas Gupta Explode Abhinav Shukla Balloon And Said He Thinks He Is Good Player But He is Not.

Rakhi Sawant Explode Rubina Dilaik Balloon and Said She Thinks She is Bigg Boss of The House But In This House, The Only Boss Belongs to her.

Kashmera Shah Explode Eijaz Khan Balloon and Said He Thinks He Is The Mastermind of the House and Thinks He Will Win The Trophy But This Is his Misunderstanding.