The episode starts with the nomination task. Devo asks Rakhi to go but Rubina goes first and she writes Abhinav’s name on the paper. She says that the audience has saved Abhinav in every nomination it means they want him to be in this game. Devo says to Rahul that I don’t want to see Niki in the finale. Rahul says I want Rubina and Abinav to get saved. Rubina suggests Abhinav go next then no one can tear his name. Abhi goes to the library and says that he wants to be in this house and he doesn’t tear that paper and leaves. Devo and Arshi fight on cleaning the kitchen and their own utensils. 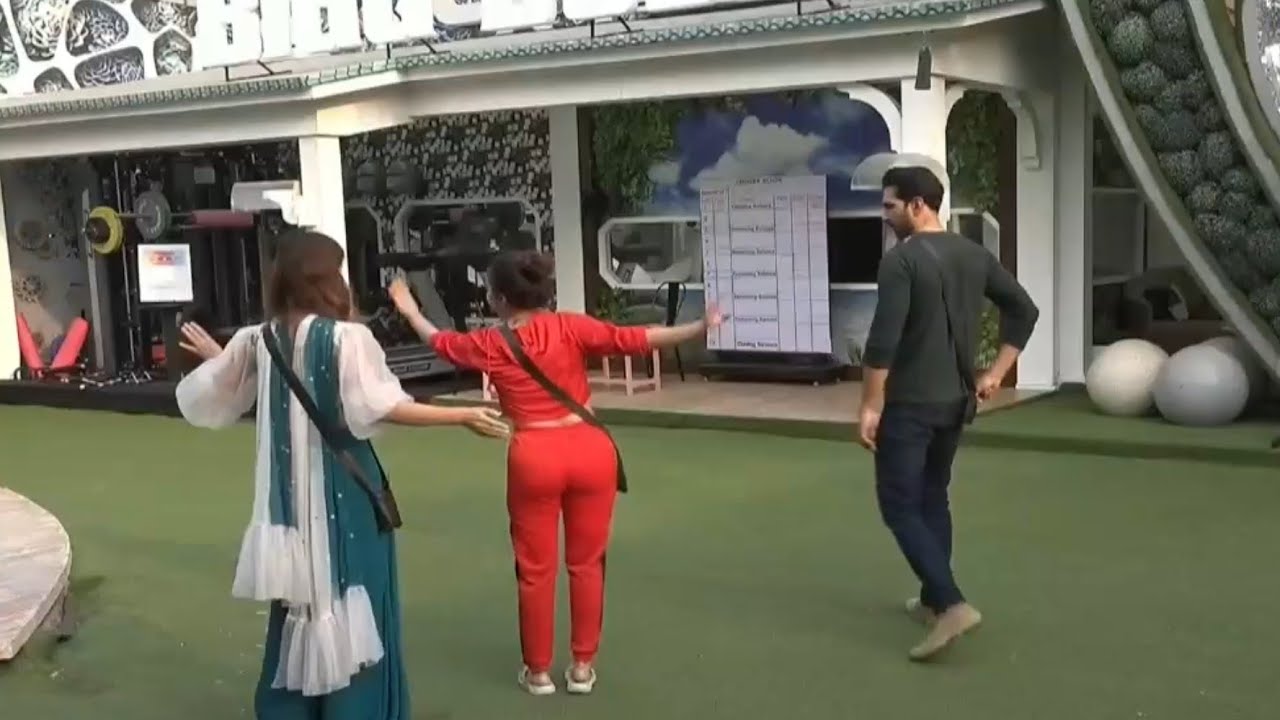 Rakhi goes to the library after the buzzer plays and she sees that Abhinav’s name is written on it. She cries and says that she will save Abhinav even he has done wrong to her. She wants to fulfill his dream so she will not tear his name. Rubina says to Nikki that she knows that Rakhi has tear Abhinav’s name. Rakhi cries in the washroom and feels bad that Abhinav never understood her. She never wants Abhinav and Rubina to get separated. Again buzzer plays and Arshi goes to the library. She saves Abhinav and says that she wants him to be in this game. Rubina tells Abhinav that nor Arshi neither Rakhi tore your name. Abhinav says then Rahul will tear my name and Aly will write Rahul’s name.

Buzzer plays and Aly goes to the library and writes Rahul’s name. he says that Rahul is his brother and he wants him to be in this show. He leaves and discusses with Arshi and Rakhi that there was only one paper torn. Rahul says he has torn Abhinav’s name paper. Aly says it means Rakhi and Arshi has saved Abinav. The next buzzer plays and Nikki goes to the library. Nikki sees Rahul’s name and she doesn’t tear it. She says she has a soft corner for Rahul even he doesn’t like me. Bigg Boss announces that Rahul is saved this week and the rest are nominated. Abhinav asks Nikki why did you save rahul? She says that he is my friend and he has never nominated me. Rakhi says to Aly that if I would have tear Abhinav’s paper then she will go wrong on this part as she has true feelings towards Abhinav.

Arshi, Aly, and Rahul play truth or dare game. Arshi asks Aly whom would you choose between Arshi and Rakhi. He says I will choose Arshi. Arshi looking for her soft toy and say if Devo has stolen it then she will not spare her. Rakhi wants to talk to Abhinav but she hesitates. Devo plays Abhinav’s character so Raakhi can practice talking to him. Arshi says that Rakhi wants content from Abhinav only. BB gives them another task which Rubina dictates house members. BB has converted the house into the stock market. Abhinav and Aly are the owners of their companies. Now the company owner will buy a portion of the stock market for their companies. Stay connected to know more about this episode.