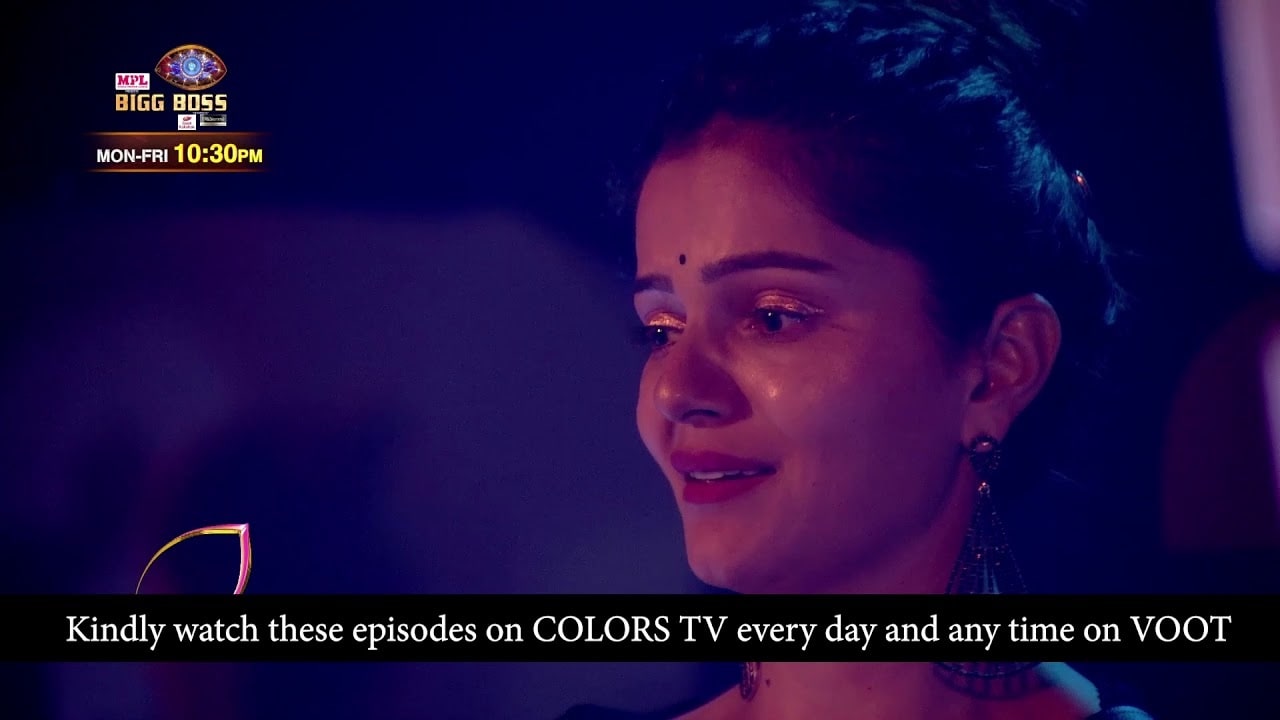 One By One Contestant has to Go into Theater Area To Revels Their Life One Dark Secret, Nikki Tomboli Seems Very Emotion Before started Task, She Going to Revels her One Dark Secret Of Life, Nikki Tomboli Go In Theater Area and Says She was Kidnapped During Modeling audition Nobody Know’s about This Secret Even her parents Don’t Know about it, Nikki Tomboli Crying Badly In the Theater Area and She Back In the House and Talking with Kavita Kaushik and Reveling the Whole Incident What’s Actually Happens, Kavita Kaushik Consoling Her and Giving Best advice for her right now.

After Nikki Tomboli Eijaz Khan Go Into Theater Area and He is Starting Crying Before the Revels Secret of his Life, He Seems Like Talking About, On Sensitive Topic, Eijaz Khan Said He was molested By Someone When he was Child so he scared When Someone Touches Him, Eijaz Khan Said Nobody Knows About this and He Said Sorry to his Father On National Tv, He also said, There is Now Even 1% Fault of Mine and Sorry To My Dad, After This Eijaz Khan Crying Very Badly and Kavita Kaushik also Become Emotion and Give Him a Warm Hug and Consoled Him, It’s Seems Like Kavita Really Care About Eijaz Khan.

It’s Jasmin Basin Turn Into the Theater Area and She Talking with Aly Goni Before Going Inside Theater Area, Jasmin Basin Said to Aly, Is he Still Love Him After This Secret of My Life Which I Going to Revels, Aly Goni Said Yes I am Love You Till My Last Breath Whatever Will Happens Now, Everybody Knows about us, Jasmin Basin go in Theater Area and She Reveals That’s She is Very Upsets with his Actoress Life, She Talks about her struggled Life In the Film Industry, She Said She is Very fed up with his Rejection from audition On at one Time She is Going to attempt suicide, But Jasmin Said She Survived the Bad Period and Now She is Very Happy and Satisfied with his Life.

After Jasmin Basin, Rubina Dilaik Going the Reveling the Dark Secret of her Life On Nation Television, Rubina Dilaik Reveals His Personal Life Dark Secret and Rubina Said We (Abhinav and Rubina) Going To Divorce, We are Gives Time Till the November To Each Other, Now We are In Bigg Boss House, If we are Not in Show then We Maybe not Together, Rubina Dilaik Break Down On Nation Television, You have to a lot to Guts to Revels Personal Life On Nation TV, Abhinav, and Rubina having Conversation with full of Emotional, Both are Crying Its First Time Abhinav the Strong Man Crying on Nation TV, It’s was Herth Melting Scene For Audience.