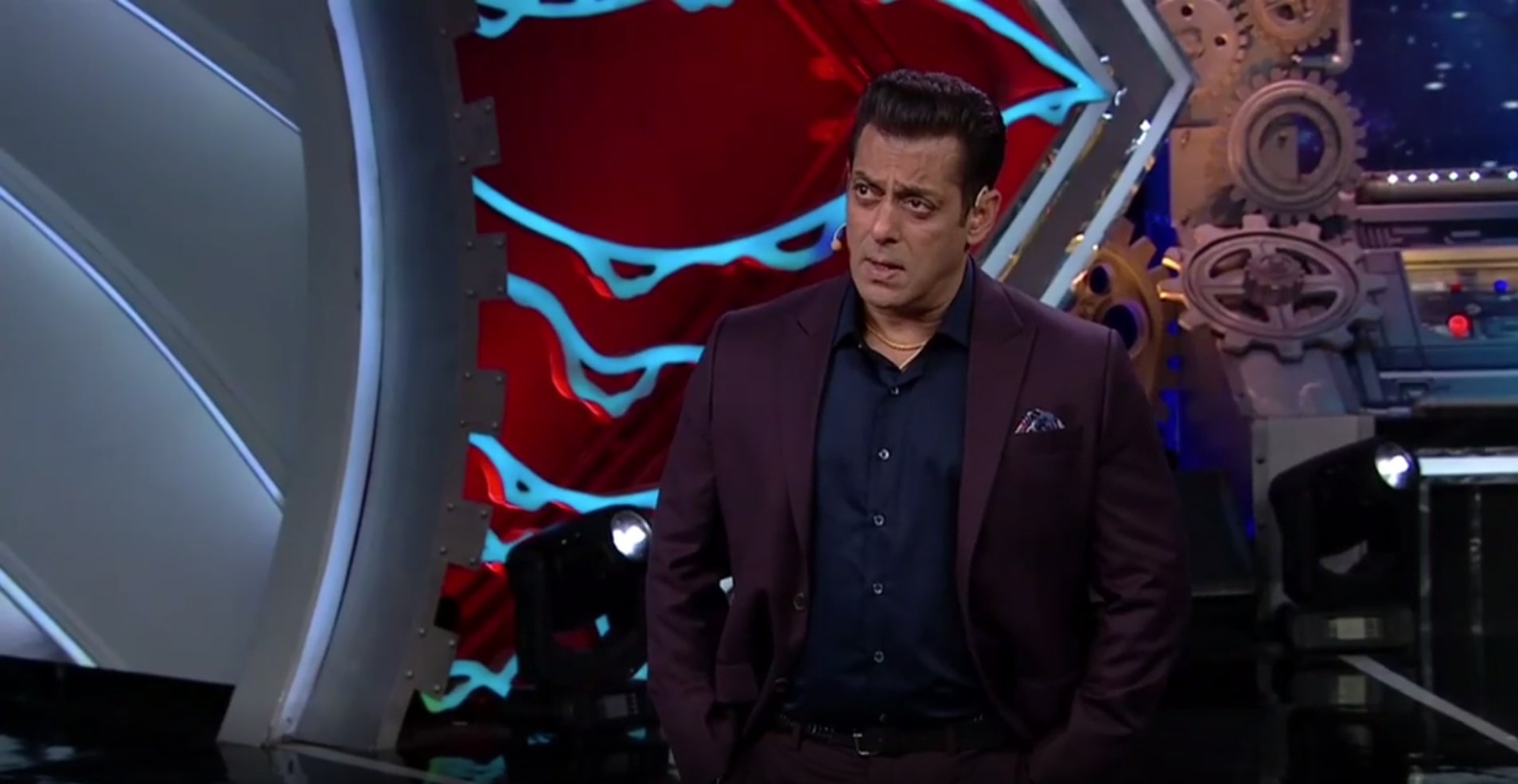 Before Starts Bigg Boss 14 Weekend ka Vaar, Bigg Boss Makers Released 2-3 Promo’s Video to making the Hipe In the Audience and they did very well, In the First Promo Video Salman Khan Talking About Eijaz Khan, Salman Khan Shows Clips of Eijaz Khan In this Clip, He is Talking with Siddarth Shukla On his Past Journey, and he says In the Clip In 2011 he had bad incident regarding with girls But didn’t share the matter, So Salman Khan asking Eijaz Khan Why he Sacred with this Incident What are you hiding? Eijaz Khan Shares The Moment with Salman Khan Let’s see what it be, Salman Khan Advising Him This is about expressing your emotions so don’t hide it otherwise you feel more guilty about you.

Salman Khan watching the Task From the Bigg Boss Theater and Doing Commentary How is Task is Going On, In the Task Abhivan and Nikki Setting On The Scooper and Shehzad and Nikki Torcher Them To Get Up from Scooper, They are using Shave Fome, Water and Red Chilli Powder In the Task, After some time Nikki get up and on Nikki set Sara to sit and rest of the housemates Torchering her, Seniors disqualify the Abhinav and Pavitra sit on Abhinav Seat.

Most of the person’s torturing Sara Gurpal, Nobody torturing Pavitra Punia, After some time Sara get up because she fights Very well and Shahzad sit on the Sara Seat, Rahul Vaidya Badly Torchered him and he can’t handle this and get up, Rahul sit on Shezad Seat and being Torcherd By Nikki Badly and Again Nikki sit on the Seat and Bigg Boss Finished the Task, Nikki and Pavitra Win the Immunity.

Salman Khan Takes Bang On Entry On Bigg Boss Sat and Interacting with Housemates, Salman Says the Housemates are not aware of this and now they all are shocked to listen to this statement of Bigg Boss and Salman Khan Says the audience think They are also a Contestants of Bigg Boss House They can relate themselves in You, So Take about of this also, after this Salman Khan Come On Abhinav Shukla, He says In Last Season Shukla doesn’t let sleep anyone and In this Season Shukla Sleep Himself.

Salman Khan suggested Rubina Dilaik, She can Fight her Own Battle, She don’t anybody Support, However, Abhinav Shukla Takes you on Wrong Track and Sometimes He himself go on Wrong Track, Salman asks Abhinav Shukla to let her fight alone, Let’s so What Happens In the Today’s Episode, Salman Khan Looking in Some Funny Mood, He Giving More attention to Nikki Tomboli and Craking some Jocks, Salman Khan Opens Mall For Her Only for 2 Minutes, In this Two Minutes Nikki Tomboli Takes Everythings from Mall and rest of all members are laughing, Salman Khan Says If Nikki finds the Love in this House so Boys Be Careful don’t go Mall with her In a Funny way.

Salman Khan Says to Housemates that Senior will Choose One Fresher Between Nikki and Pavitra For Next TBH confirmation, Salman Khan Says after selected by Seniors contestant will become the next Senior of the house and get all the privilege which right now Senior enjoying, Siddarth Shukla, Hina Khan, Gauhar Khan discussing and Finally they Takes Nikki Tomboli Name for Next TBH concept.