Raw agent Akshay Kumar ready with 80’s look in Bell Bottom. Teaser has been released today. It resembles so interesting. Every aspect related to this movie is here. Please look at the forthcoming information in this article. This movie is Directed by Ranjit M Tewar and produced by Vashu Bhagnani, Jackky Bhagnani, Deepshikha Deshmukh, Monisha Advani, Madhu Bhojwani and Nikkhil Advani. 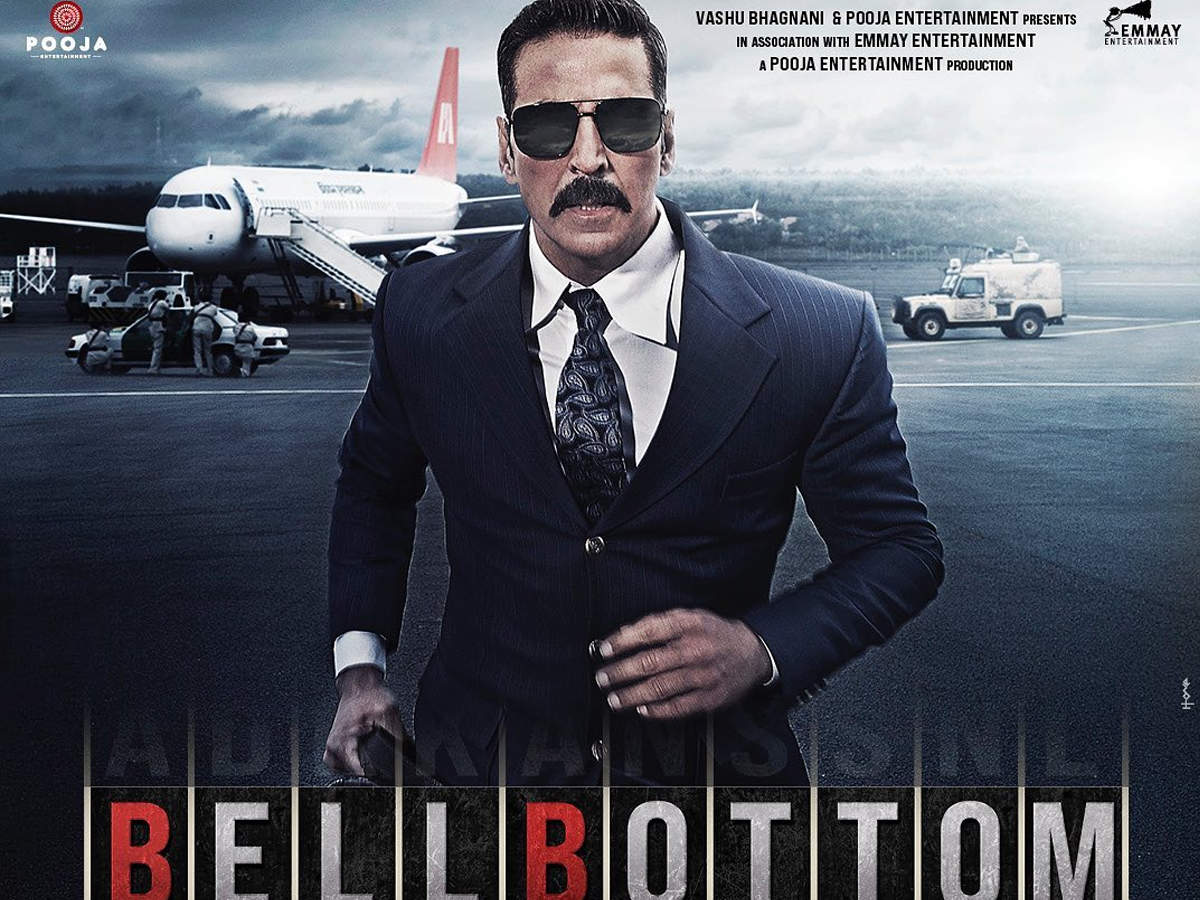 In this film, Akshay performed the character of a RAW agent of India with his stunning looks and stylish attitude. The background music of the teaser is really amazing and filled with curiosity and suspense. Akshay Kumar’s Sporty moustaches look damn cool in the teaser and he seems like an Army officer of India as his previous movies. On the Instagram viral picture, he is hanging with an Iron pipe of the big container mounted on a truck.

Interesting Shooting Fact about this movie.

Shot of this film is completed under pandemic’s lockdown which is such an unexpected thing for everyone. This is the first film which is shot internationally place after the lockdown of COVID-pandemic 2020. As per the information, this film is shot in London. Akshay Kumar uploads a picture where he is with Vaani Kapoor and a plane seems in the background. He captioned the picture “Mission accomplished! After a long but fruitful schedule, grateful to have shot and completed #Bellbottom during the pandemic. Now it’s time to head back #JetSetGo.”

Along with Akshay Kumar, there is some other lead actors in this film Vaani Kapoor, Huma Qureshi and Lara Dutta. People are going crazy for this enthusiast action thriller film. The official date is announced by the producers. Bell Bottom will be released on 2 April 2021. Fans waiting for this movie. Stay tuned for the upcoming updates about the latest trending news and Bookmark the website for genuine Information.