Being a night owl really can hurt your mental health. Ben Franklin may have had it partly right with his belief that “early to rise” make one “healthy, wealthy and wise. “naturally early risers may experience greater overall well-being and better mental health compared with night owls, a new study suggests. In the study, published January 29,2019, in the journal Nature Communications, researches identified 351 regions in the human genome associated with being an early bid, only 24 of which were known previously. Those people in the study with the most gene variants associated with early rising tended to go to sleep upward of a half hour sooner than others with fewer of these variants.

What’s move, the study found that these genomic regions were linked to the body’s circadian clock and to the retina, supporting the theory that the brain’s ability to detect light through the retina sets the body’s clock to a 24-hour cycle of sleep and wakefulness. 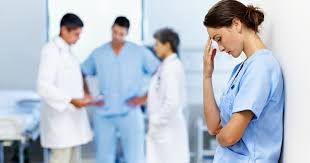 The reason behind this that some people are up with the lark while others are night owls is because of differences in both the way of our brains react to external light signals and the normal working of our inner clocks” lead study author Samuel Jones, a research fellow studying the genetics of sleeping patterns at the University of Exeter Medical School in the U.K, told in a press statement.

The study tap into genomic data from nearly 700,000 participants in a U.K. based nonprofit health project called the U.K. Biobank and the U.S.- based private genome analysis company 23and Me. The 23 and Me participants were asked via a health survey whether they were a “morning person” or a “night owl,” or somewhere in between. As such an answer could be subjective, the researches validated their findings with information from wristband activity trackers worn by more than 85,000 individuals in the U.K Biobank project, which revealed with no bias when they went to sleep and woke up.