The upcoming episode of Barrister Babu starts when Anirudh and Bondita visit the railway station because Bondita is going back home. Bondita says she doesn’t want to go back home and asks him that why did he laugh at her in the Storeroom. He always behaves negative but that time, he did not. She asks him that today, he will have to give the answer to her question. 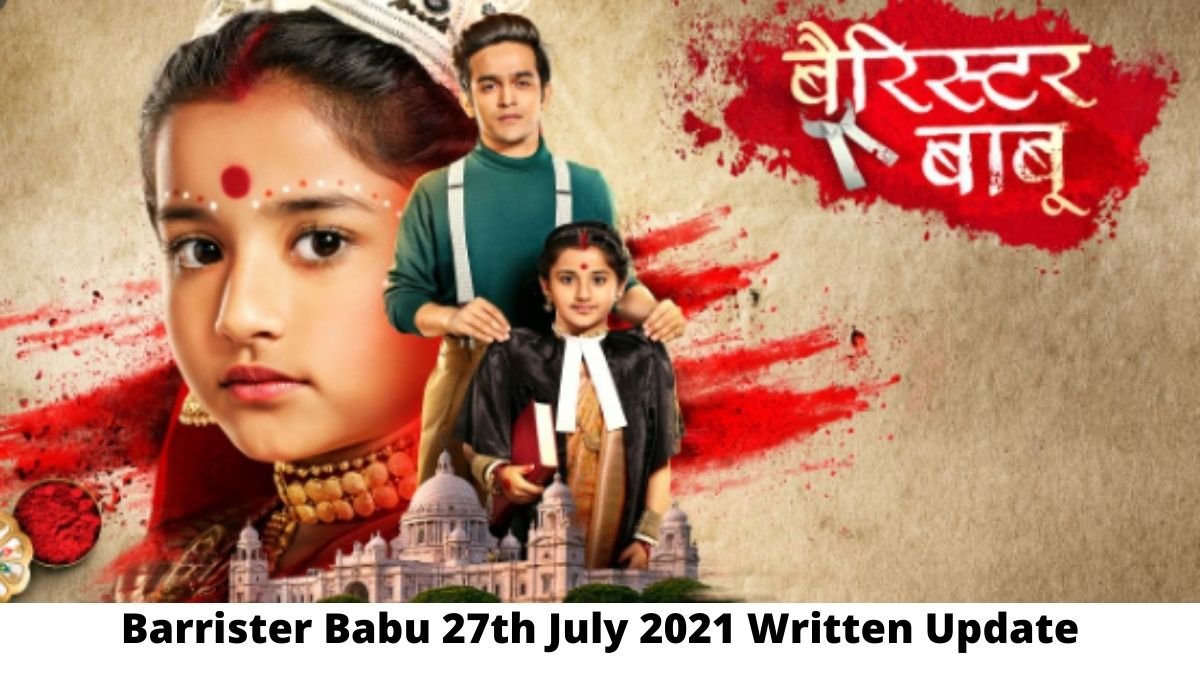 He says yes, today, I will answer your question and he says that you made me remember someone at the moment. Bondita says that finally, even he remembered me. Suddenly, Bondita asks the name of the person to him but Anirudh says that she will get too late to catch the train. While Bondita gets upset because Anirudh did not take the name of Bondita.

Anirudh asks her that can we become friends? Bondita gets happy after hearing this and accepts her proposal to become friends. On the other side, Kalindi also visits the same station with her men for any other purpose.

Before she notices her, Bondita left the station and reminds that how he asked him for the friendship. Bondita gets shy after thinking about the moment and Anirudh started to feel for Bondita. Suddenly, Bondita starts dancing and Chandrachur notice her and says that she is looking happy nowadays.

On the other side, Trilochan asks to Bihari that maybe, we should meet the parents of Vaijayanthi to talk about the marriage decision with Anirudh. While Bihari says that I don’t think that Anirudh will come someone in her life instead of Bondita.

Trilochan asks him to think about some positive. Bondita gets to know that Trilochan is going to Vaijayanthi’s parents to talk about her marriage and she goes to him and tries to lie that her parents have gone outside for some work.

With all of this, Sampoorna asks Anirudh that if she has some feelings for you and she accepts all feelings related to Anirudh and confess in front of Sampoorna. Does she ask Trilochan that has talked about it to Anirudh?

He says that like always he denied it again. He asks her that she should talk about the marriage. Bondita gets agree and later, she heard the conversation of Bihari and his wife. Bondita thinks about a plan that she will ask Anirudh about the marriage proposal and if he refuses this so, he has feelings for Bondita.

After some time, she goes to Anirudh when he is with sword fighter and asks him to give the certificate of study courses. He asks her to tell him about the future plans. She says that she wants to marry a man from Tulsipur. She also says that she doesn’t know about him that he also loves her or not and Anirudh says that you should know about him before taking a decision. So, let’s wait for the upcoming episode of Barrister Babu at 08:30 PM on Colors TV.