We are back with the latest episode of Barrister Babu. In the upcoming episode of the serial, we will get to see some twists and turns because of Bondita and her action. As we know that Trilochan was provoked by Battuk as he asks her to that don’t let go Bondita outside the house as it will affect Bondita’s child. Trilochan got ready over this and he asks her not to go outside until her baby doesn’t come in this world. 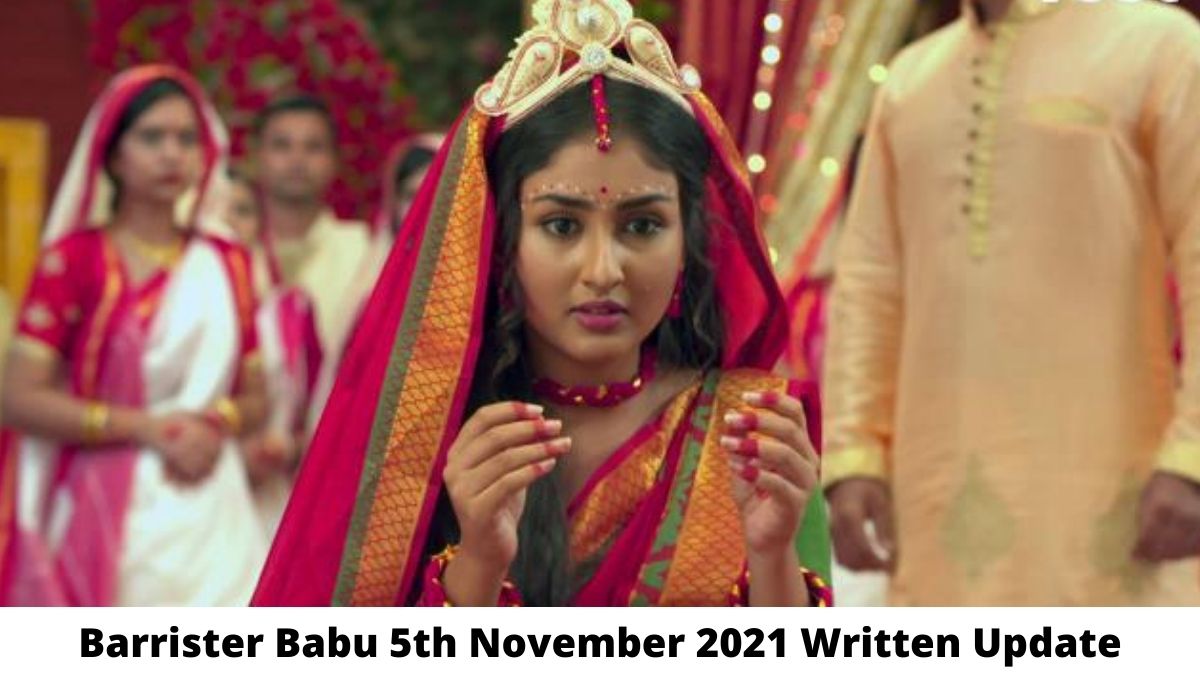 Bondita gets confused and she went back to her room after knowing that Trilochan had made a line and he warned her by saying that if she will cross this line, she will have to break all the relations with them.

Now, the upcoming episode will show the courage of Bondita who will become her real one. Yes, Bondita will become a previous Bondita and she will do whatever she wants and which is right to do. She will step outside to create justice for the widow’s lady.

When Bondita comes back to her house, Trilochan gets angry over her and Bondita says to Trilochan that until her child doesn’t come to this world, she will not fight any case. She promises to her and he doesn’t hear her and goes to his room.

On the other side, Malika has done all the things and she mixed mushrooms in the food of Bondita. While Battuk is angry because Bondita is not eating food. He forces her to eat food and Battuk goes to take medicines to Malika’s room and finds that there are some pieces of mushroom and two tickets of her and Battuk.

He thinks that How Malika can book the tickets for them without asking him. He thinks that maybe, she has mixed mushrooms in Bondita’s food. He runs to stop Bondita and says that the food was already falsified by a cat and she can’t eat it.

Later, Battuk goes to Malika’s room at night and puts a knife on her neck, and says that how can she threaten to kill her brother’s child. He warns her to go outside from this house.

Later, Bondita hears something and she sees Battuk. She says that every night, he goes somewhere, does he has any other relation, if he has, she will not say anything and will go from this house. Battuk plays another game and says that how can she doubt him. She finds a hair on his clothes and Battuk says that it could be her as well.

He goes in his room and Bondita thinks that she said wrong to him. On the other side, Anirudh has come out from his sleep but he couldn’t speak because he has been paralyzed. So, let’s wait for the upcoming episode and stay tuned with us for the more written update.