We are back with the latest episode of Barrister Babu, September 2, where many things have been going on for the last few days because Anirudh and Bondita have run away from their house and hidden in a Chandan Nagar’s wedding. Everyone including Chandrachur and Trilochan is searching for them and have sent their servants to find them. 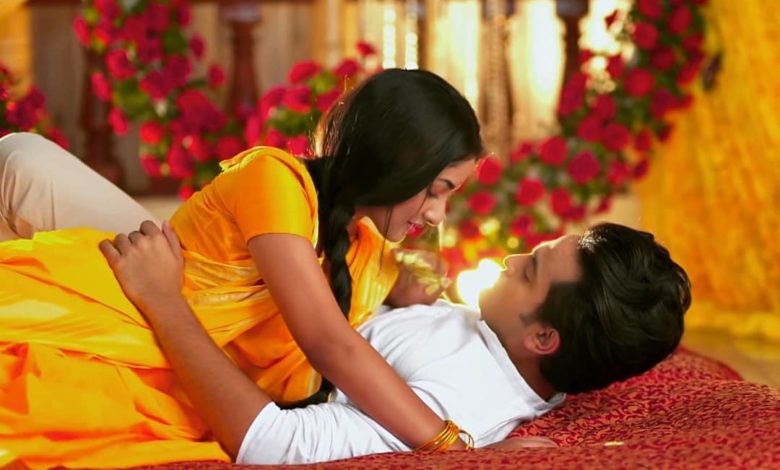 Bondita and Anirudh are going to marry in the upcoming episode but before that, many things will happen among them. On the other side, when Trilochan asked Sampoorna about the phone call of Anirudh, she denied but Binoy comes him and said that he called me and I talked to him.

Now, the upcoming episode will show something amazing and the episode starts when Kali advises Laboni that invest her time for her husband because, since tomorrow, she will have to spend her time with her husband. Bondita is about to leave but Kali stops her asks her that what is mysterious things the affective marriage.

Bondita says that love is necessary and Kali thinks that Bondita knows many things about marriage. Kali tells the first night and Bondita tells about a glass of milk and different things. She advises about genuine things.

Kali asks her how her husband will come to her on the first evening. Bondita tells that how to attracts others. Bondita says the word kiss and Kali asks her that how does she know an English word. Anirudh looks at her gandar. Laboni asks Chandrachur and her mother to take some rest and Chandrachur thinks that he has to find Bondita in any case. He can’t wait for long. His mom asks him to control his feelings. On the other side, Anirudh stops and corner Bondita.

Trilochan thinks that he made a plan so, it will uncover about Anirudh from Sampoorna at any cost. Anirudh gifts a saree for her marriage and gift a high-quality saree. He tells that he used the money, he earned from hard work. He says that he can’t give precious gold and diamond at her wedding.

Later, they both spends a beautiful moment together. Flower petals fall on both of them. They both fall on the floor and everybody says that this is not good before marriage. They start insulting them and suddenly, Anirudh shouts at them and says that love is not wrong. The Episode Ends. So, what will happen next, it is still a surprise for everyone.