The latest episode of Barrister Babu starts when Trilochan and Battuk meet Bondita in a tent and Bondita asks Trilochan to give her blessing to stay as Anirudh’s wife. Trilochan feels sad and he says to her that today, he will give him a special blessing because she is about to become a mother. Bondita gets happy and Battuk sees everything. 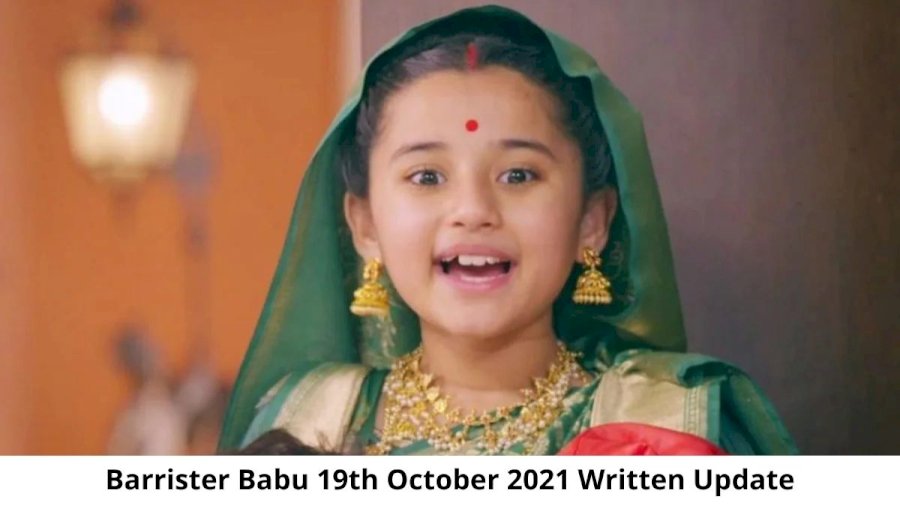 Trilochan says that he is going from there to complete paper formalities and Bondita says to Battuk that we started from teacher and student, then become friends and now, we are going to become parents. Bondita says to him now, he will have to follow her and obey everything whatever she says to him.

Battuk says that she has snatched my Big D and now, she wants that I will follow her. Battuk goes from there and Sampoorna gives them blessing when they enter the house. Suddenly, Battuk stops her and says that she can’t come inside the house.

Later, Battuk meets Somnath and he gets emotional. Sampoorna says that is why is he getting emotional. Battuk says that these last 2 days were like 2 years. Battuk is about to leave but Sampoorna says to him that take Bondita to her room. When they both go towards their room, Battuk goes inside his room and sees a photo frame on the wall and remembers Anirudh.

Suddenly, Bondita comes there and says that now, I have understood everything. Battuk gets shocked and Bondita comes to him and says that I understood why are you not calling him here? Bondita says to him that he can’t do anything for her and Battuk thinks that Big D has given his life for her and she says he can’t do anything. Later, Bondita says that why is he not coming? Battuk says because he hates her and Bondita gets shocked again after learning this.

Battuk says that he was just joking. Bondita says we played too much together and sometimes we made fun of others. She asks him to don’t create this joke again. Bondita asks him to say sorry and he says sorry in Anirudh’s style and she says it’s okay. Later, he comes to her room and says that how can he enter Anirudh’s room.

He behaves strangely and Bondita says why he is doing this. Battuk says he is nervous and asks her to have some rest. Bondita says to him that he promised her that when she will become a mother, he will do something for her and Battuk thinks that how can he imagine the promise of Big D. The Episode Ends.