Hey watchers, we are back with the latest written episode of the most loving and amazing serial of ColorsTV, Barrister Babu which is currently attracting millions of watchers. Now, the latest episode will show reveal the truth of Anirudh as he loves Bondita or not. 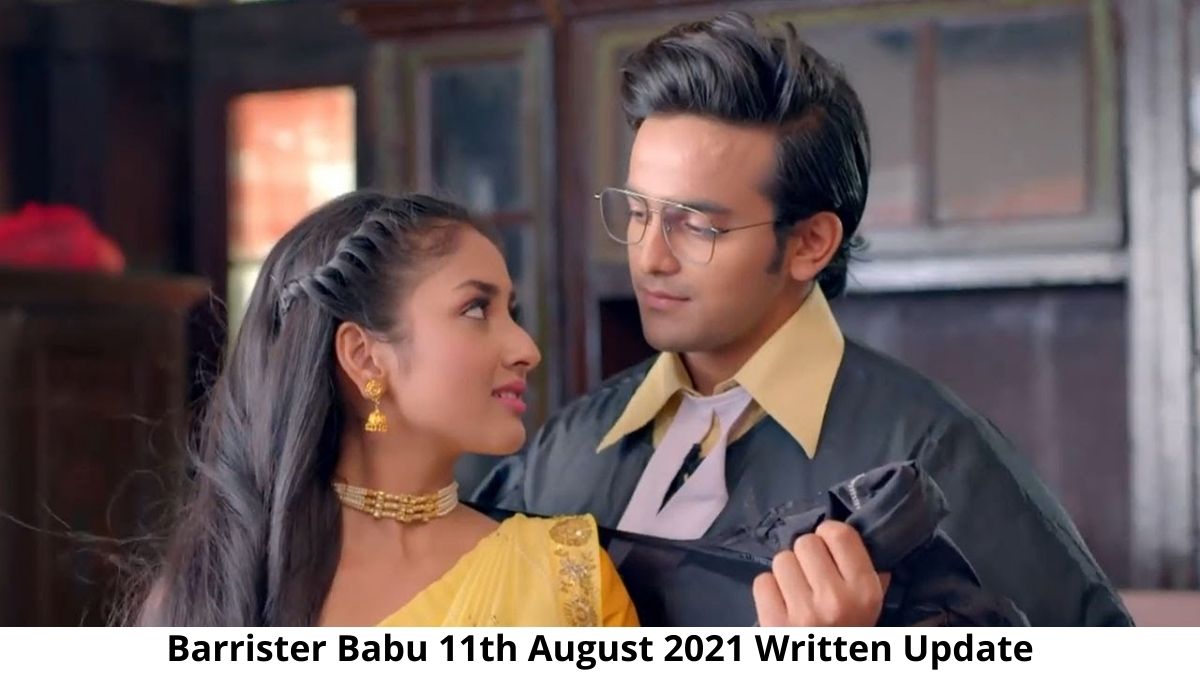 Well, the upcoming episode is totally based on Anirudh’s decision because he will reveal his love for Bondita but there is little doubt that will he reveal this or not? So, let’s find out what will happen next? The episode starts when Trilochan denies accepting Bondita as her Bahu in his life. He decided to give her punishment to stay keep quiet for her entire life.

But, the moment goes worse because of Anirudh, Bondita wants that he say something but the silence of Anirudh breaks Bondita and she wants him to speak up for her. Now, Anirudh will be seen saying something for Bondita and take stands for her. While, Chandrachur shows himself as a servant to enter Tulsipur and even knows that who identifies him and can hurt him.

He took a car to bring Bondita from there. On the other side, Anirudh sees her in a mirror and identifies her but doesn’t react to this. He finds that the family of Krishnanagar is trying to save her from there. He also wants to help Chandrachur so, he could take her from there. He asks the servant to burn all the garbage of here.

While, Chandrachur plans to take away Bondita from there by taking a shed of smoke. He holds the hand of Bondita and takes her to the car where Bondita asks for his identity. Chandrachur shows his face and asks her to come with him to the home.

He says that he has crossed everything to bring her back to her home and can’t let her see become a Sanyasini. Anirudh wishes that Bondita leaves with Chandrachur from here as this is the only way to save her from all of this.

On the other side, Bondita refuses to go with him and waiting for the confession of Anirudh as he will confess his love for her in front of the entire village. Anirudh doesn’t let her lose her voice which makes her too special. Anirudh stops all the rituals to become Sanyasini because he doesn’t want to let loose her voice and reveals his relationship with her.

Suddenly, Anirudh reveals that he loves her a lot in front of all. Bondita thinks that the enmity between the two villages will finish because of this marriage action. Now, let’s see what will happen in the latest episode and how everyone will react to this decision of Anirudh and also, Trilochan. Are you excited about the upcoming episode, tell us in the comment section.