The latest episode of Barrister Babu, September 6, starts with the latest twists because Trilochan is forcibly getting Sashwati married. Now, Anirudh will go Tulsipur back to save his sister. Today’s episode starts when Anirudh goes to the shopkeeper to purchase some vermilion from the shop and the shopkeeper gives him a special sindoor of Dugga Ma and says that if he will fill Bondita’s hairline with this, they both will live together. Anirudh thinks about the future that Bondita touches his nose with Sindoor and she says that he is only hers. 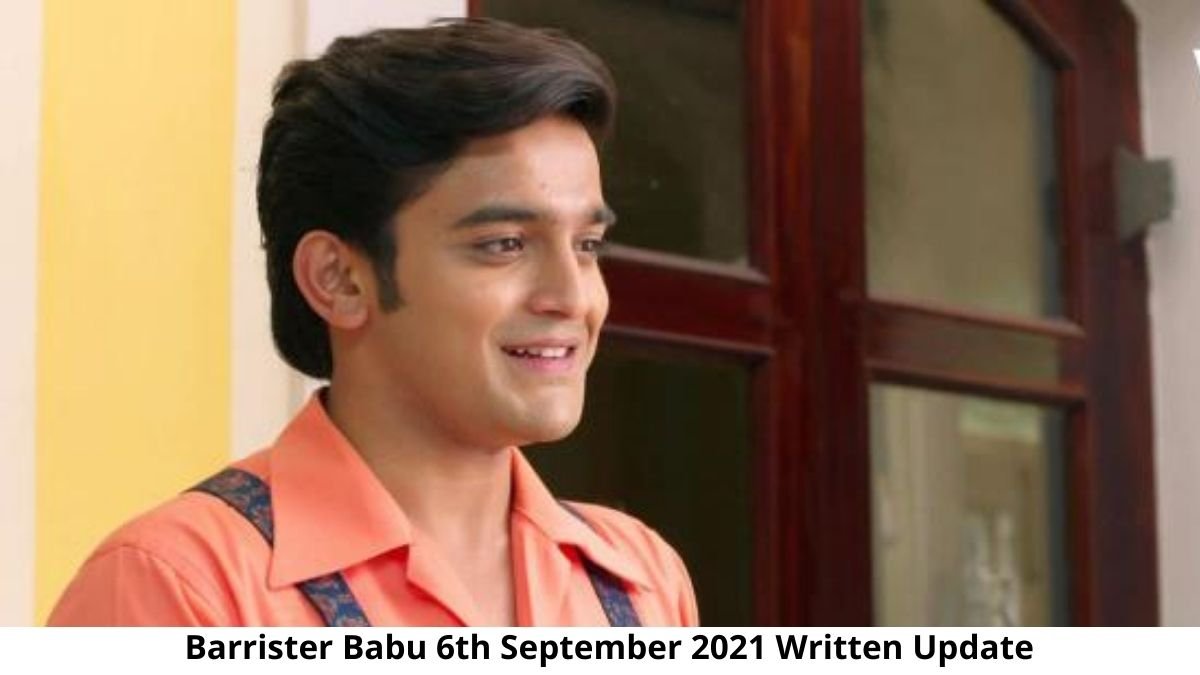 Suddenly, Anirudh gets shocked after seeing Bihari Babu. He is about to run but Bihari says that he came alone here. He tells that Trilochan is getting Sashwati married and Sampoorna Maa is crying in the house, she has to go with him to save Sashwati. Anirudh gets shocked and drops down Sindoor.

Sampoorna apologizes to God that she told Anirudh’s address but she had no idea to save her daughter’s life. Trilochan asks Somnath to check Sampoorna in her room and Somnath thinks that he will not come to save her as he loves Bondita a lot. Trilochan knows that he will be back because he loves his principles more than Bondita.

On the other side, Bondita comes to Mandap and asks Kali about Anirudh but someone says that he saw Anirudh was running in the market. He sit inside a car as well. Bondita gets shocked after recalls his promise. Does everyone think that who will marry her now? She runs to stop Anirudh but she fails. She shouts his name and falls unconscious and suddenly, Chandrachur holds her. Chandrachur hears all the conversations of Bihari and Anirudh.

Suddenly, Anirudh reaches Tulsipur and ruins all the decorations of Mandap and insults the groom and his family and they leave from there. She saves his sister and Sampoorna gets relieved after hearing the voice of Anirudh. Bondita wakes up in Kali’s lap and found Chandrachur there. She is about to run but Chandrachur says that why she is running from them.

She left us because of Anirudh and now, she eloped. Bondita says that he loves her and he can’t do this. Chandrachur tries to provoke her and says that it was just a plan of RoyChowdhury’s and nothing else. Anirudh wanted to take revenge. Bondita can’t believe this. Chandrachur asks him to come back to Krishna Nagar.

Sampoorna tells him that all this was a trap to bring him back to the haweli. Anirudh gets shocked and says that because of this, he left Bondita there. Anirudh says that he will marry today and nobody can stop him by doing this.

Trilochan says that if he will leave Tulsipur so, he can also lose his rights for the village and many children will get married. Trilochan asks him to choose and Anirudh gets into thinking and he chooses to left Bondita. He says that he has to explain Bondita everything. The Episode Ends.