We are back with another episode of Barrister Babu, where the life of Anirudh has been trapped in the case of Chandrachur and Bondita is trying to save Anirudh by fighting for his case. In the previous episode of the show, we have seen that Bondita made a plan where she asked Bihari Babu to steal Dugga Maa bangles and bring to the storeroom and hide them in a container of rice. Thakuma follows the dirty footprint of Bihari Babu and reached the storeroom, she saw Bihari and asked him to open the box. She found the bangles and when she was about to slap him, Bondita came there and hold Thakuma’s hand. 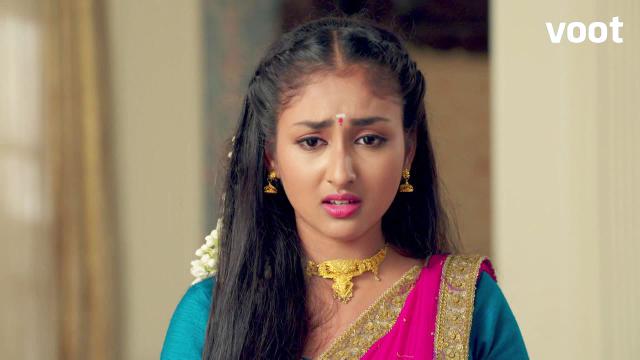 Thakuma said to her that she will send him to jail and he will have to be punished. Bondita said that he just stole or nothing else and Thakuma said today, he stole bangles, and tomorrow, he will steal the box of jewelry so and Bondita replies our family’s values and respect will be finished. Thakuma said to him that why she is saying this? Bondita made her understand that so, how could anyone point out at Tapur because she did not do anything wrong and the main culprit will be punished. Thakuma said that she will not say anything in court and never let Tapur say anything. Thakuma said she has already planned to bring Anirudh from the jail as she has sent her servants to jail.

Bondita said that she will not let this happen and if it will have happened, Anirudh will be always called a criminal. She tried to make her understand but Thakuma asked her to stop. Bondita said to them that it can happen that Tapur will say the truth and no one will get to know about this. Suddenly, Tapur gets ready to say the truth in court and Tapur said that she hates the name of Chandrachur.

Later, Bondita met Anirudh in jail and said to him that appreciate her. Bondita tells her that she has persuaded Tapur and they talked to each other. When they both came outside the jail room, Subodh came there and prayed to Dugga Maa that keep them together always. Subodh again teased them and taunts everything by saying that Bondita always came here to meet him because some days are left. Suddenly, Anirudh replied Subodh and said that she is great and she does everything for me.

Anirudh made called Bondita as No. 1 wife and when she wears a barrister robe, she also becomes Kali Maa. In the court hearing, she will defeat him in the courtroom and she will be called Barrister Babu Bondita Anirudh Roychowdhury. Subodh said that Bondita will lose in the fight and went from there.

Now, the upcoming episode will show you that the reality will come in front of Bondita as she will get to know that Chandrachur is still alive and she will bring her to jail. In the promo video of the show, Chandrachur is surrounding in a get-up of a priest and she will bring her to the jail. Now, the twists will open soon in the latest episodes and it will be amazing to watch all latest glimpse of the serial, Barrister Babu.