We are back with another episode of Barrister Babu, where Anirudh is still in jail and has not been accepting the reality. The show is on its hype and everyone is excited to watch the latest episode of the show where many things will be seen against many people. As we know that someone is trying to hide something and Bondita has become a lawyer of Anirudh and trying to save him by hang. 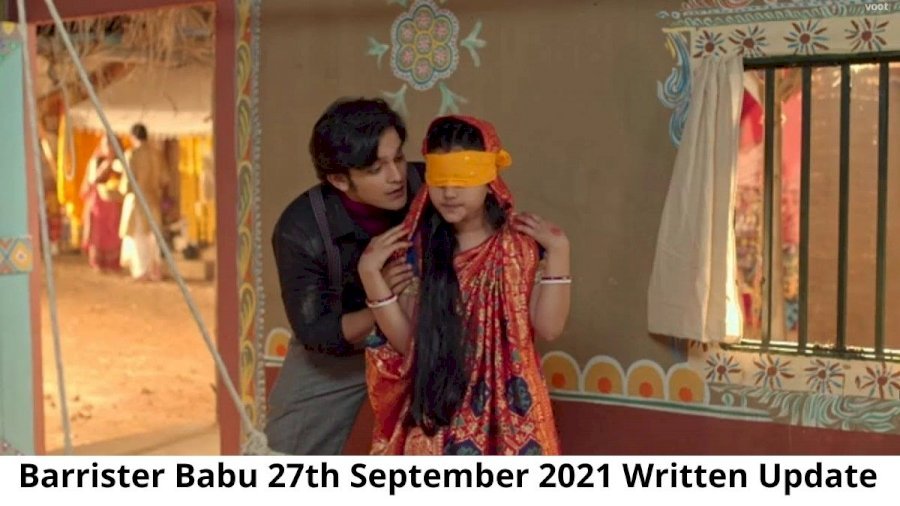 In the last episode, we saw that how Bondita went to Tupur’s room and try to find something but she also noticed that someone is standing outside her room and when she asked about the identity, the person rushed from there. Later, Bondita reached Tupur’s room and found two tickets for Dhaka.

She got to know that when everyone was having food at the dining table, Somnath received a call from Dhaka and Thakuma said that during the wedding event, an unknown call in not safe. When she came outside her room, and from another side, Tupur was also coming to her, they both hears a voice, and Tupur hide.

While Bondita rushed towards Tapur’s room and saw that she was trying to hang up. She forced her to tell that what is happening and when Tapur was about to tell everything, suddenly, Thakuma came outside the room and Bondita showed Thakuma who was trying to deny everything.

Also, Bondita saw Tupur that at midnight, she came from outside the house. Bondita asked her that from where she is coming from. Tupur showed her that she was going mad for Chandrachur and trying to show that she went to the dead body of Chandrachur. Bondita thought that why Tapur was trying to hang up and how will she find proof. She came back to her home and talked to herself that she is doing wrong with her family.

Bondita saw a dream of Anirudh who said to her that she can’t let down and this is a fight for justice. In front of justice, nothing is impossible. Anirudh made her understand and asked him to get up again and follow the rule of the Barrister.

She matched a Chandrachur and the kidnapper pictures and found that Chandrachur was trying to kidnap her. Now, the latest episode will reveal Chandrachur’s reality and Bondita will get to know the truth of Thakuma and Tapur. Stay tuned for more updates.