We are back with the latest written episode of Barrister Babu, August 24, where lots of things are happening between Anirudh and Bondita. Anirudh is trying to confess his love for her and Bondita is going to London forever. Anirudh knows that she is going abroad for a lifetime and also, Thakuma asks Bondita to play the role of Radha on Janmashtami. On the other side, Sampoorna asks her not to go to London back and Sampoorna says that Anirudh loves you a lot and what is stopping you to accept her. Suddenly, Sumati comes inside and says that I gave her my sworn and asks her to leave from here right now. 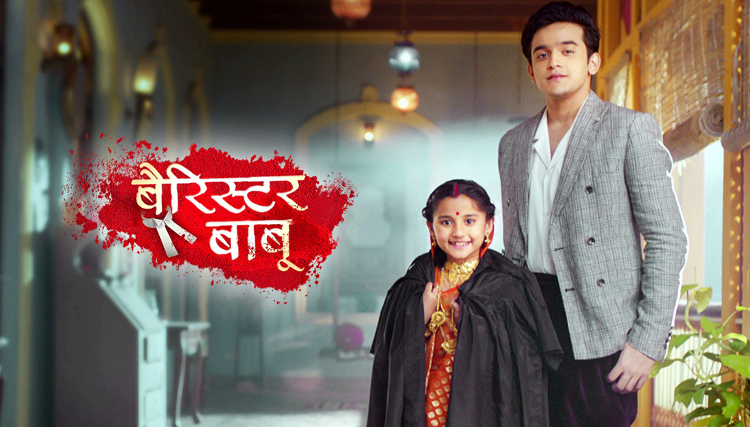 The episode starts where Sumati says that no one is here. Sumati says that if Thakuma knows about you, she will kill you and Sampoorna asks her to take her oath back. Bondita gives the oath of Sashwati and asks her to leave from here. Sampoorna says that no one can stop Anirudh by loving you. Later, Bondita reminds that Anirudh stoped his guards from firing and dropped his gun as well. Suddenly, she gets a call from Anirudh and he says that you are crying. Bondita says that No, and I don’t have any reason to cry and Anirudh says that I am the only reason behind your emotions and now, wants to become your happiness.

Anirudh says that he will accept everything. The next day, Bondita asks for the man who is going to play the role of Krishna but someone says that due to his urgent work, he can’t come. On the other side, Chadrachur says that he waited for 8 years and it will not too easy to go from here. At home, Anirudh says talks with Lord Krishna that like your name is incomplete without Radha, Anirudh is incomplete without Bondita.

He asks blesses from God and sees that the door is locked and Trilochan comes there and tells that Bondita called him and told everything to him. Trilochan says that he will let him go anywhere until Bondita goes from here. Now, it will be interesting to watch that how Anirudh will reach there and meet Bondita. Let’s wait for the upcoming episode. Tell us in the comment box.