Hey watchers, we are back with another interesting episode of the most popular TV serial, Barrister Babu where a turning point of the serial is going on and Bondita have been trapped by Somnath in the ashram where Somnath is trying to snatch her voice by putting burning coal in her mouth so, she couldn’t speak in her entire life. 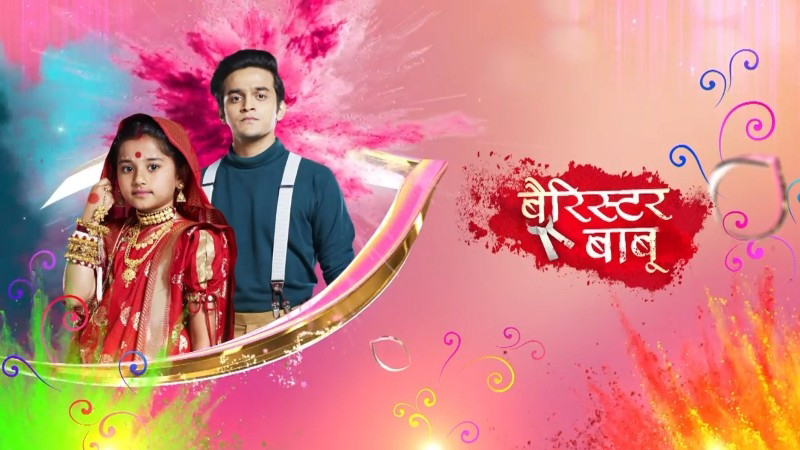 Now, the episode has become more interesting because Anirudh is trying to find out her and she is in the trap of Somnath, who wants to make her voiceless. He hates her since childhood and wants to make proud his dada (Anirudh). A Servant is about to put coal in her mouth and suddenly, Anirudh reaches there and throws water on the burning coal.

The episode starts when Bondita goes to Sumati and says that you were right that everything has changed in the last 8 years and brings her from there and Anirudh cries and Rishta Tera Mera plays. Bondita comes to her home with Sumati and Bondita says she gets the reward of my love and ran away from our enemies. We should celebrate and play dhol.

Krishna Nagar won. Thakuma says taunts and songs is correct when it made at on right time. Thakuma says I can understand your pain and on the bet of Trilochan, Chandrachur gets ready to marry you.

Bondita says that in this enmity, everything was about to happen to me. She is going to become an example of childhood marriage and suddenly, Chandrachur comes and says that everyone loves her.

He asks her to don’t go there at any cost. She says yes, I will never go there because everything has changed in the last 8 years. Now, all the doors of Tulsipur have been closed for her. On the other side, Anirudh thinks about Bondita who said him that she will not see his face ever.

Anirudh comes to his home and Trilochan asks him to leave from here because they can do anything in anger. Anirudh says how long I will run away from the world and myself. I will face the world because we did wrong with her and he blames everyone. He shouts at Somnath and later, makes understand to Sampoorna Maa. He asks about Sumati maa who was beaten in the procedure. She wanted to change the world and help others to keep away from these rituals.

Suddenly, villagers come and Trilochan asks Anirudh to not to say anything. Villagers appreciate Anirudh and say that he did right to make her Sanyasini and suddenly, Anirudh shouts at them and asks them not to appreciate him. He taunts them by saying that they were celebrating where a girl is going to become voiceless. A villager says that she was a spy and suddenly, Anirudh confesses that she was not a spy. He doesn’t have proof but she is innocent.

Suddenly Bihari babu comes with a spy and a spy revealed everything to them including the Binoy incident and everything. Sampoorna feels guilty and apologizes to Anirudh and Bondita. Anirudh says she came here to spread love but we did wrong with her.

On the other side, Thakuma gives medicines to Sumati and says that this night is too tough, and if she will survive in this so, it would be good. Bondita decides to take her to the doctor but Sumati denies going with her. Sumati. In the end, Trilochan says that Krishna Nagar is an enemy and will remain an enemy. The Episode Ends.