Bade Achhe Lagte Hain 2, 23rd June 2022, Written Episode Update: Ram And Priya Are Stuck In A Lift Together!: Here we are sharing the latest update of Bade Achhe Lagte Hai. This serial is very famous among people and it is going well with great TRP on the television. It is a very interesting and entertaining serial. According to the promo video, this episode starts with Aditya rescuing Ram and Priya from the lift as soon as he listens to Ram’s voice. Vedika gives Priya the stink eye and taunts her for coming back there to spoil Ram’s life while Sandy goes to Priya. Further, Ram goes for a meeting while Priya comes back to her house after the encounter with Ram. Here we have more information about the episode and will share it with you in this article, so let’s continue the article. Follow More Updates On UptoBrain.com 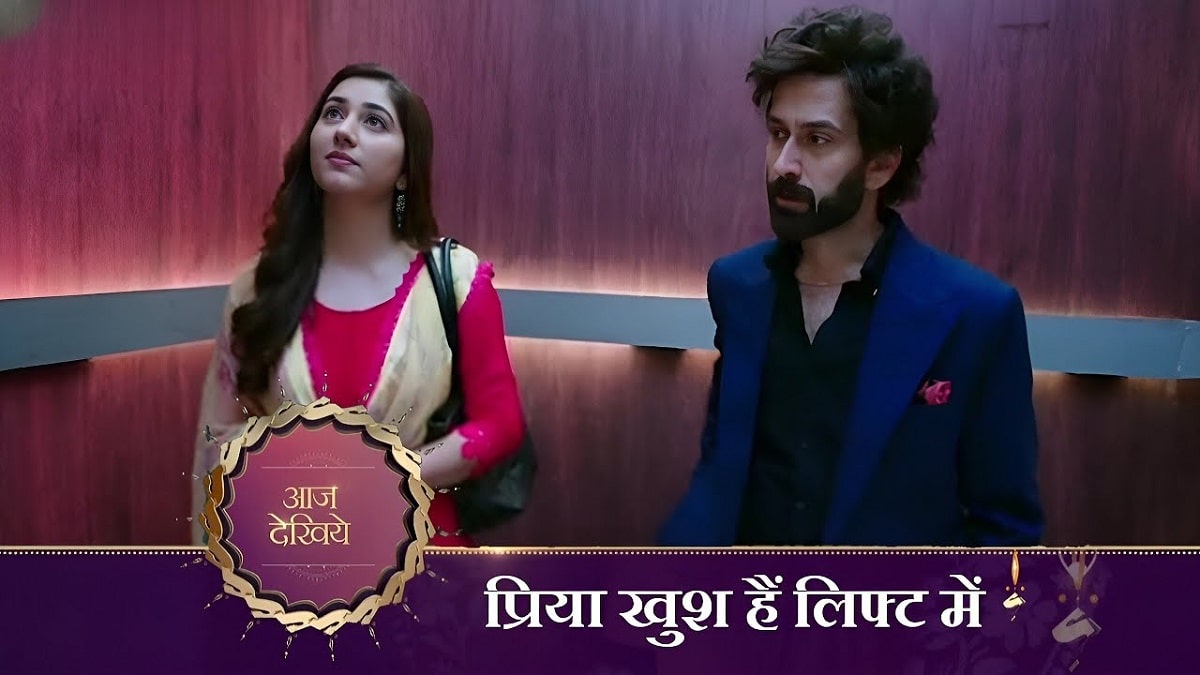 The next day, Priya is spending a cheerful time with Pihu. She sits on the floor while Pihu sits up on the bed behind her and gives the hair massage to Priya with her little loving hands and Priya also enjoys her time with her beloved daughter. Pihu demands Priya to go out to the all places where Priya and her Prince charming used to go. Priya agrees with Pihu and both mother and daughter get ready for their hang out.

Earlier in the episode, Ram is talking to Adi and asks him to come for a meeting. Adi says let’s go for dinner after that then Ram says it is not possible. Adi says so with whom are you going to the farmhouse? Ram says I do not remember the name. Ram ends the call. Pawan gives medicine to Ram. He tries to sleep but he can’t make us stop thinking about Priya. Ram listens to the music but everything reminds him of Priya.

On the other side, Pihu enjoys Sara’s cupcakes. Pihu says I forgot medicines and Priya gives her medicines. Sara takes Priya inside to show her the bakery. Priya imagines Ram knocking on the bakery door. Priya tries to tie her hair but Ram stops her. Ram smiles so Priya blushes. Ram says you look good like this. Ram eats cupcakes and Priya wipes chocolate from his face. Ram feeds her cake. Priya’s dream gets over. Priya says to Mr. Kapoor. Ram gets up and feels like Priya called him. The episode ends here, so dont forget to watch the full episode of Bade Achhe Lagte Hai on the television. Stay tuned for more updates.