We are going to share a written update of an amazing show. This show is running well with the great TRP on television. According to the promo videos, the show is going to be very interesting and entertaining. The latest episode starts with, Ram Shouting and asking how did this happen. He says Shivi, nothing will happen to her. Ram says to Shivi that nothing will happen to her. Ram says that her brother is here and he will not let happen anything to her. He tries to see her where she is injured but Priya stops him saying that don’t move her, because no idea where she is injured. She asks not to lift her and goes from there to saying that she is calling an ambulance. 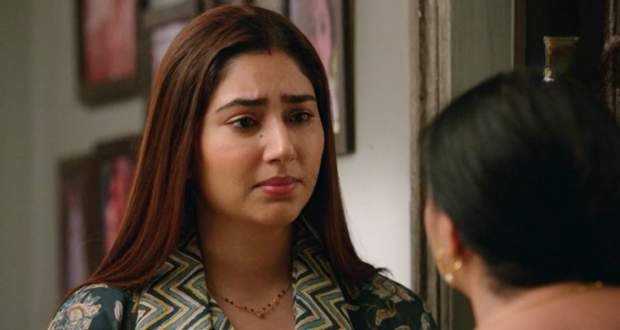 They both cry to see the situation of Shivi. On the other hand, you will that Sara says that Mahendra and Varun are responsible for this. Meera stops her to say that Ishaan may hear it. She says that nothing should happen like, Ishan got to know about anything. Sara says but where is Ishaan, she goes to see him and she finds that Shivi is injured. Priya is saying to Mr. Kapoor that nothing will happen to Shivi. Sara calls everyone there. She shouts Maa and Akki.

They come there and try to see her. But he says stay out of this and he shouts at his sister and no one will touch her sister. You will see that Priya will take the allegations on herself of Ishank the Shivi’s case. She will be apprehended. She will see her pregnancy reports in jail and find she is pregnant. She calls Mr. Kapoor to tell him about her pregnancy. when he got to know about her pregnancy he gets happy.

He comes to the jail and he says that he knows that she loves her mother but she can’t put our child in danger to save her mother. He says that he will make everything okay. She says that everything will be fine. She says that thinks for himself, he says what does she mean. She replied that this child is not his. He is not the father of this child. He got stunned after hearing this. Now the questions is why has she said this. What is the reason that she is refusing that he is not the father of her child? Let’s see what will happen. Stay tuned for more updates.