Singing sensation of the Punjabi musical industry Sidhu Moosewala has released the poster of his brand new record naming as ‘Bad’. The poster is posted on the official account of Sidhu Moosewala on 21 September 2020. We will discuss all the related information about this song release date, on which channel it will be released, and other interesting facts about our Singing sensation. 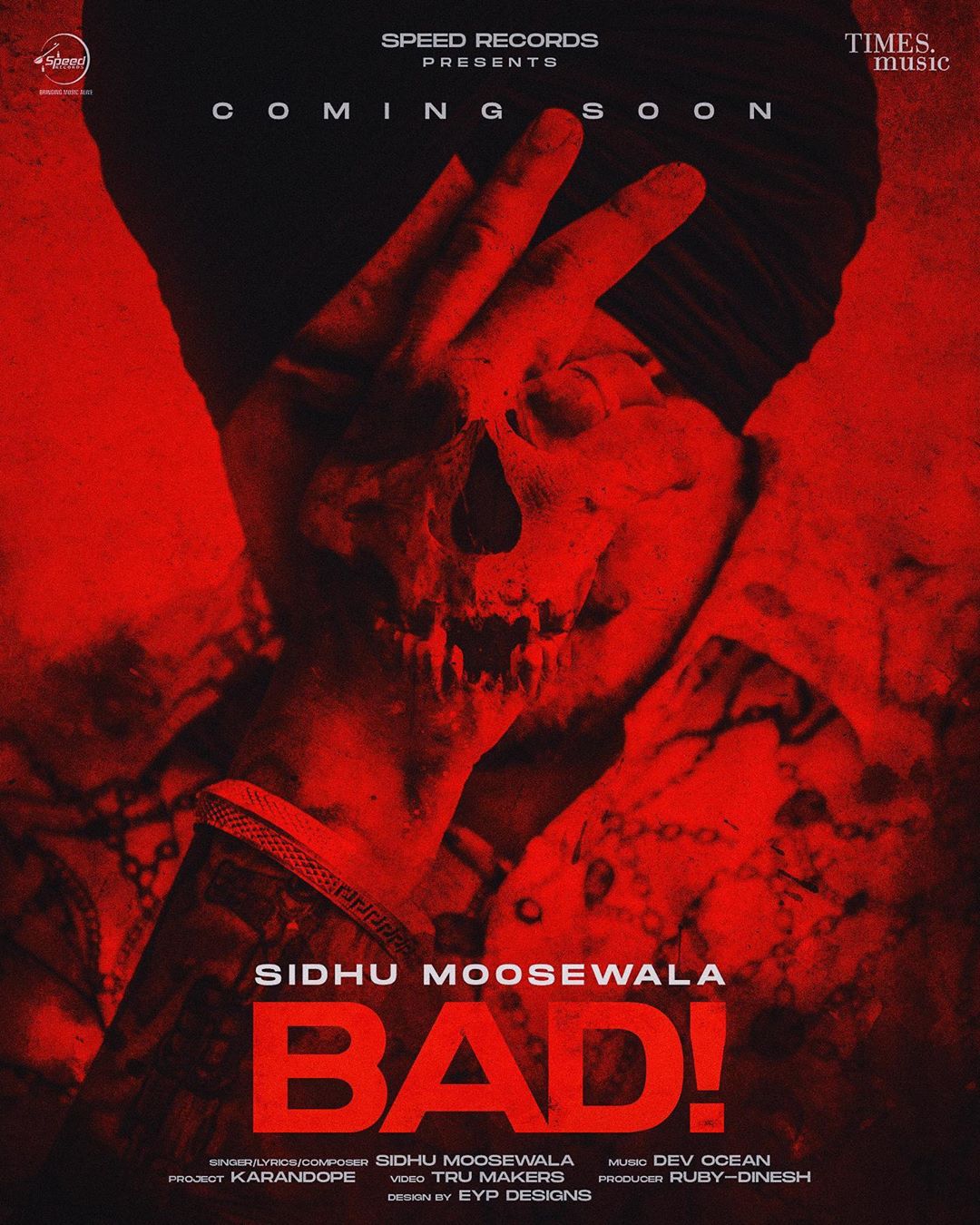 As we all know Today there are many songs on the internet by Sidhu Moosewala and the interesting fact is that he always making such kind of songs which have lyrics like motivational or gangster theme-based songs. He is very popular and getting in trend when he releases his ‘So High’ song. then he has released his debut album with PBX 1 and getting trend in the Billboard Canadian album chart. If we see him in the current position there is not a single person who doesn’t like his song.

if there is a Youth person definitely he listens to the songs of Sidhu Moosewala. Every song reaches millions target whether it is ‘So High’ or ‘Famous’ every song will hit the new record on the internet. The upcoming song ‘Bad’ still doesn’t have a release date as an official announcement. On the poster, there is only Coming soon written below the name of the song with the name of Sidhu Moosewala.