As we know Anupama serial is very popular among people. The show has great TRP on the television. All characters are superb and interesting as well. We know fans are waiting for its latest episode. Here we will share the highlight of the latest episode by written update. On the basis of the promo video, the upcoming episode is going to be very interesting and entertaining. 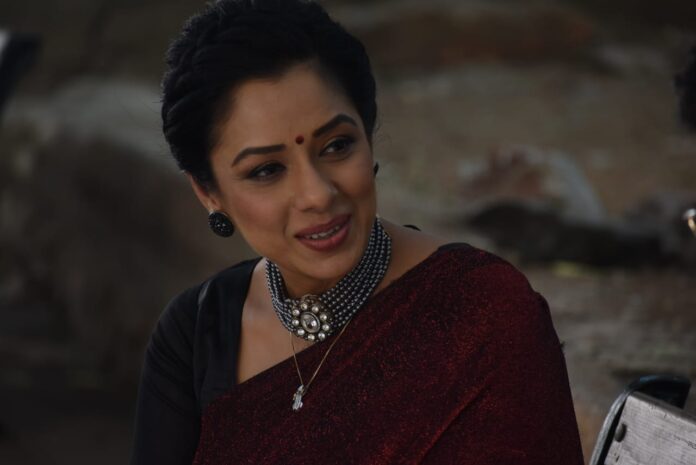 The episode starts with, Vanraj asks Anu why is she staring at him. Anu says he knows Mukku is Anuj’s sister. Vanraj says Kavya doubted him and left home, no she is doubting him; Mukku is his business partner and he can’t do anything if she is overfriendly. She says she doesn’t want to interfere between them. But he is aware of Mukku’s condition on 31 Dec.

She replies He is not bothered by Kavya or Mukku and is just bout his work. He says he is professional with Mukku and there is nothing else. She says there should not be and warns him he should not cross the limits even if Mukku does and should concentrate on Kavya or else they will be back on the spot where they were a few days ago.

Baa notices Samar sitting alone on the lawn and asks if he fought with Nandu. hE refuses. She says a fight can not be hidden when it happen it shows. He says he wants to marry Nandini so that she can help Bhabhi with household chores. Baa realizes there is some problem between Nandni and Samar.

Baa feels if Nandu and Samar fought because of kavya and Vanraj. Then you will see Babuji and Toshu discuss Kavya and wish she gets Job soon. Samar gets excited seeing Baa preparing the Undiya dish. Toshu is also excited about the other dishes. Bapuji tells life gives happiness, sorrow, and broken dreams everything in a single package.

Samar sees Nandu and says lets click year’s first selfie together but she poses with a sad face. They started arguing with each other Nadu says they let her Massi go. Samar says the issue was with Vanraj not with family.

She says they call her Home Breaker and Pati Chor why everyone blames Massi she says Your father also did the same mistkae. He says Kavya needed a break which she got. Baa Sees their fight and scolds them.

Anu asks Anuj to have Rasgulla ward off his anger. she imagines them dancing and romancing in the garden on Chaha To Bahut. On another side, Nandni Continues that if Anu had supported Mr. shah instead of Kavya Massi, this all wouldn’t happen, Samar asks why should mummy interfere with them, she says if she can interfere between Malvika and Anuj, why not here? She says Massi is feeling insecure because of Malvika.

Another hand Anu thinks she is a stupid girl and should either express her love for Anuj or control herself. She is controlling for Mukku, but the distance between siblings will not end until… she has to do something.