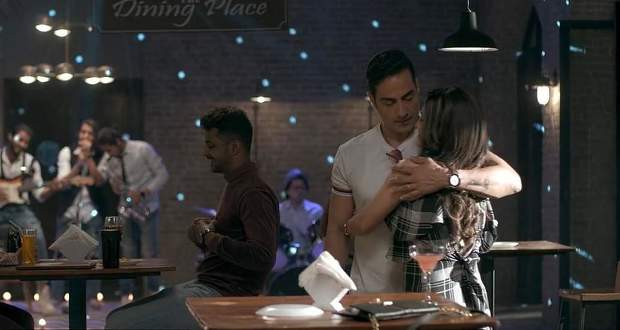 Now, the episode begins with Shah family who is preparing for the big #MaAn engagement but as the moment comes close to them, Bapu Ji starts to feel unwell because of his health issues and tonight’s episode will show the fans that Bapu Ji is seen fainting in the house. It looks like he suffers a heart attack in the house and fainted on the floor for a few hours. However, no one of the Shah houses saw him lying on the floor until he didn’t get conscious and talked to himself that how his health condition will not spoil the happiness of his daughter- Anupama.

Bapu tries to stand up on his feet and gets up and decides that he will see a doctor but no one will let know about him and his condition from which he is going through. As he steps out of the house, Anupama holds him at the door and asks him that is he hiding something from her. He tries to make excuses and leaves to see the doctor.

On the other side, everyone is excited in the Kapadia’s house as Anupama and Anuj is going to engage and also, Malvika teases Anuj for his honeymoon plans. Anuj tells her that he would like to take Anupama to the places where she is fond of beaches. Along with this, the episode will show the beautiful moment of Anuj and Anupama in which they shared their special moment with each other and kissed each other’s hand.

Also, Anuj tells her that he would like to kiss her every moment of every day and even during the engagement ceremony, and she blushes. They spent their special moment together and maybe, these moments of the show will make go crazy who are excited to watch the upcoming episode of Anupama but there will be lots of things to watch in the upcoming episode of the day. Here are some promo revolving on social media and readers can watch those promo to increase their excitement for the next episode.