We are back with the latest episode of Anupama that begins with the family who is preparing for the competition while Samar is calling Nandini to ask whether she is coming or not. Anuj brings a kite with his and Anu’s name on it and shows it later. Then, everyone dances to celebrate the Makar Sankranti and celebrates the festival together. 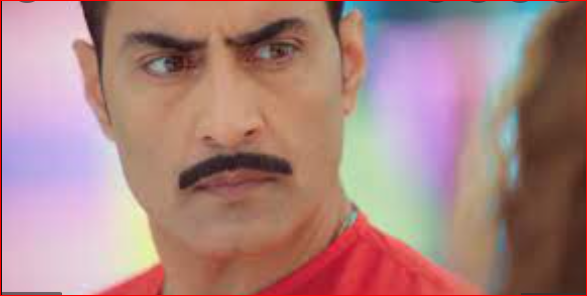 The whole family is very happy to meet with each other. Later, when everyone flies kite, Anu asks Samar to be cautious. Something falls into the eyes of Kinjal to which she walks from there to leaving alone to Samar.

Suddenly, Nandini comes to him to help and as they play with each other, Samar beats Baa and GK in the game and Anuj and Malvika compete with each other. Malvika teases Anuj that he will lose this competition and he says that she will win when he deliberately tries to lose the game.

Anu comes there and supports Anuj in the competition. As Anuj and Malvika give their kite to their respective partners, latter, he says that he will not lose. Anu responds that because of her own actions, he will lose this game.

As their kites are about to collide, Kavya comes there and cuts Vanraj’s kite by scissors and leaves everyone shocked at the moment. As Kavya starts to scold Vanraj, Anu asks her to keep calm. Then, she asks Anu why did she not stop Malvika when she made a drama on the night of the New Year Party.

She adds that she should know the situation of this. Kavya then put allegations over Vanraj to allege behavior with Nandini and on the other side, Baa and Bapuji try to keep her calm at the moment.

Kavya then asks questions to Baa and Bapuji for not when she was leaving for the house. Bapuji and Baa then clarify that she should always check her phone before causing them as they called and texted several times to asks about her job, but she she did not respond to anything.

Now, the latest episode will also show that as Anu and Anuj talks about the mistakes and Malvika says that she knows everything that Vanraj is right and she supports him. On the other side, Nandini meets Kavya and tells her that she should go to America and Anu hears their conversation. The Episode Ends.