The latest episode of Anupama starts with Anuj who is trying to tell Anupama that why did he had not ever tell about his daughter? On the other side, Malvika keeps asking about Anuj and even, she doubts him that why the clothes and things of a woman are present in the house. She asks to GK if he got married where he says that he did not reach to the level of marriage. 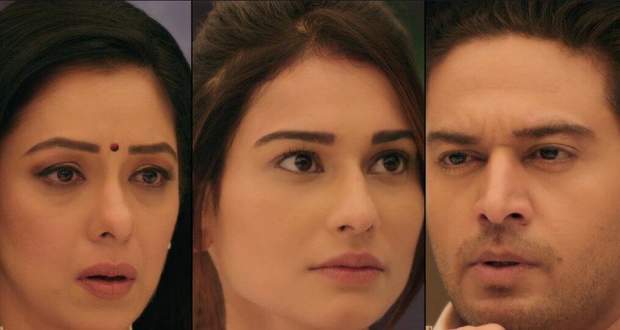 She asks him that did he get married to someone else? Later, she get to know that these things are of Anupama. On the other side, Pakhi scolds Samar to take her picture from the wrong angle where she is looking fat.

Then, Samar shows her a picture in which she is not present and jokes that she is not looking fat. When Pakhi, Samar, Nandini, Toshu, and Kinjal come from the party, Pakhi complains to Toshu about Samar.

He gives her advice that he should tell about this to Bapuji and but Nandini scolds Samar and asks Pakhi to tease her. Vanraj comes to his home and everyone is excited to praise him for the amazing party. Toshu even says that he never joined party like this ever. Vanraj thanks to everyone in the house.

He feels proud after getting his image back from his children and family member. Later, he sits with them and tries to make them understand that Anu is also leaving her separate life as she has also her own life. They should not always hope that she will solve their problems ever.

He also praises Kinjal for handling the house without Anupama. Meanwhile, Kavya gets angry after hearing this from Vanraj as everyone wants to avoid her. Everyone goes to sleep and Kinjal comes to Vanraj and says that he should give her a second chance as everyone deserves a second chance in their life.

He goes to his room but is unable to talk as he feels sorry for his behavior. On the other side, GK tells Malvika that after the accident of Anuj, Anupama came to the home. Malvika gets calm and shouts for not telling this to her before. GK tells her that Anupama has been living with Anuj and taking care of him. Then, Malvika says that Anu also feels the same for him and GK tells that he doesn’t have any idea about this.

Later, Malvika goes to find out Anuj and sees Anuj at Anupama’s house. She asks Anupama whether she loves him or not. Anu was stunned and Anuj apologize for the behavior of Malvika. On the other side, she gets annoyed by Anuj constantly apologizing to her. Later, she decides to cook something for Anuj. Suddenly, Malvika comes and says that she will cook for her brother. The Episode Ends.