We have come up with the latest episode of Indian Television, which is Anupamaa. It is one of the best shows, which is getting high TRP, tons of Indian people are liking the sow and they are showering their love towards the serial. As we know there is a lot of drama is going on in the show. 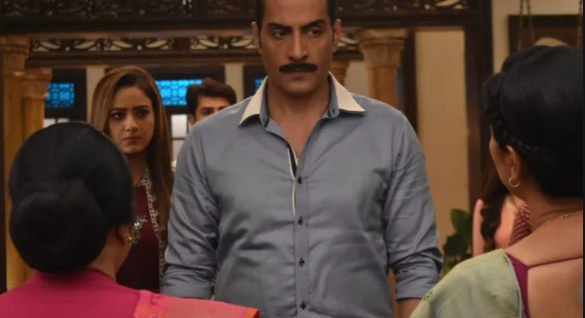 If you are a die-hard fan of Anupamaa then do read the posts, because we have come up with the spoilers of  Anupama,  after reading this post, you will come to know about the upcoming episode of Anupamaa that what is supposed to happen now.

In the absence of Vanraj, lots of things are happing in the show, and Vanraj is not in the swim about them. He has gone out of town due to some meeting. On the site, we see Baa has lost her control and she drew the fire everyone. As we know Kavya is playing with everyone, she just wants property of the Vanraj and wants to control over the house.

Later we see everything is against Baa, most of the family members have left ht house, now only Kavya and Baa are living in the house.  Bapuji is heartbroken after listening to all the things from Baa. Anupamaa and Anuj tried hard to make him feel better but it could not happen.

In the next scene we see Baa and Kavya are worried, because Vanraj is supposed to back home, and they know if he gets to know this, he will lose this temple. Hence they are thinking to take Bapuji back home.

In the upcoming episode of Anupamaa, we come to know that Baa goes to Anuj’s house to take Bapuji back, but he denied to return, as he is still hurt and heartbroken. Bapuji says that he is no more for them, after listing this Baa is shocked.

In the show somewhere or other we see Kavya is playing a wrong. When Vanraj returns from the work, he comes to know that something is wrong and he has some doubts, he also tries to ask to his sons Paritosh and Samar, but they might tell the truth, It will be interesting to see that how Vanraj reacts after knowing all this, for that do watch the show Anupamaa on the StarPlus at 10:00 pm.