Here we are back with the latest update of Anupama. This serial is very famous and popular among people. This serial is going well with great TRP on the television. This serial is very interesting and entertaining. According to the promo video, This serial starts with Jignesh asking Hasmuk not to take money from Anupama because it belongs to a daughter. Hasmuk takes the decision to break the taboo and keep the money. 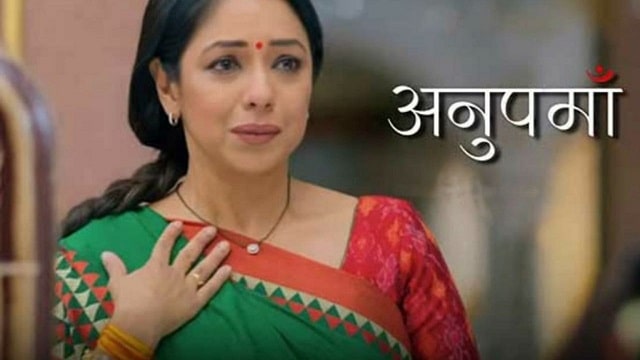 He says society needs to understand that sons and daughters both are equal and should promote equality. Hasmuk says that everyone should proud of daughters equally when they give cheques to their parents, like a son. He decides to keep the money proudly. Here we have more information related to the news and we will share it with you in this article, so let’s starts the article.

Devika says she wishes for all that everyone has a father like Husmuk. She reveals her father never accepted her contribution because she is a girl. Malvika praise Hasmuk. Dolly says no Hasmuk that she is proud of being his daughter. She reget for the contribution to her wedding. Hasmuk says to Dolly that there is no need t regret. Dolly says to Anupama that she always changes society’s old myths and brings a new change.

Anupama says Hasmuk never thought her to be silent. She praises her for always inspiring her. Rakhi overhands the conversation. Malvika says Anuj to reveal about his job too. Anuj takes the decision to wait for the right time to reveal. In the meanwhile, Vanraj blames Kavya for seeking help from Anirudh. Kavya says she is doing right by taking Anirudh’s help the same way he took help from Anupam to open the cafe.

Malvika plans a grand wedding for MaAn’s because the budget has increased now. Anuj and Anupama share quality time in the kitchen. Both get romantic with each other. Anuj says to Anupama that he is not feeling like leaving her. Anupama shies away. Vanraj corrects Kavya for asking for help for Anirudh. Kavya discloses to Vanraj that he is egoistic, and Anirudh is a successful man now. She praises Vanraj. Vanraj and Kavya argue with each other. Vanraj asks Kavya if she wants she can give him a divorce and can walk out. Kavya says to Vanraj that it is very simple for him to break the relationships. The episode ends here, so don’t forget to watch the full episode on television. Stay tuned for more updates.