Here we are back with the latest update of Anupama. This serial is very famous and popular among people. This serial is going well with great TRP on the television. This serial is interesting and entertaining. According to the promo video, this episode starts with Rakhi saying that seeing the engagement, it seems that Kavya says that one should get the same. Vanraj and Leela get irritated seeing Anupama praising Anuj. They call Anupama, and Anuj as real-life celebrities. Kinjal and Kanta started the ceremony. Jignesh, GK, Malvika, Devika and others attend the ritual. Anupama seeks Leela’s blessings. Leela deny to bless Anupama.Hashmuk gets irritated with Leela. 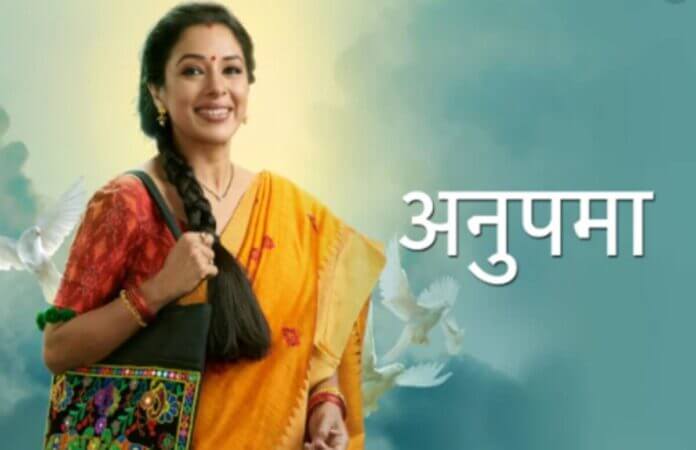 Pakhi calls Anupama and Anuj to click pictures. Rakhi asks Leela if she will not perform Maan’s aarti. Leela says she will take sleeper. Rakhi decides to remove the evil eye. On this occasion, she says that she wants to recite a poem. Rakhi reprimands Anupama and Anuj through her poetry. Hearing Rakhi, Anuj sits smiling. Rakhi throws money at Anuj, Anupama. Shah’s stand is shocked. Anupama collects the money. Sanjay, Kinjal, Devika, Malvika, Samar, Dolly and others help Anupama to collect money.

Rakhi says that after being poor, Anuj started buying second-hand goods. Anuj stands in anger. Anupama decides to please Anuj on his big day.She dances to the song ‘Aankhiyon Se Goli Mare’. Shah Anupama joins Anuj and dances with him. Rakhi tells Leela that Anupama is dancing with joy or just to make her jealous. Kavya joins Anupama’s team. Rakhi tells Vanraj that he lost a member of their team.

Later, Anupama gives a befitting reply to Rakhi. She feels proud of choosing Anuj. She remembers her moment with Anuj starting from friendship to falling in love. Anupama expresses her love. Anupama shows her for Anuj and says ” I love you”.Leela asks Anuj, and Anupama to exchange rings and get the function done. Malvika takes Anuj, and Anupama to the backyard. Shahs join them.

Vanraj sees the engagement ring and thinks something. Anupama and Anuj plays the game. Vanraj stuns everyone by finding Anupama’s name in the game. The episode ends here, so don’t forget to watch full episode of Anupama on the Star plus tv channel on the television. Stay tuned for more updates.