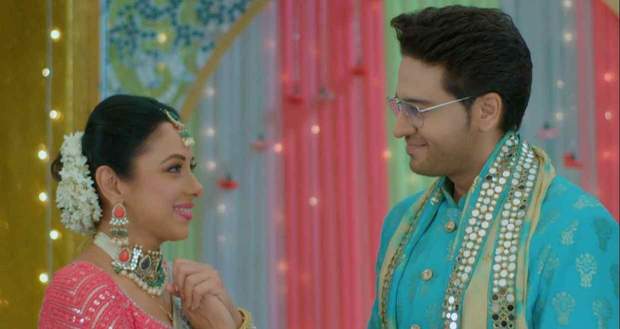 Here we are sharing the latest update of Anupama. This serial is very famous and popular among people. This serial is running well with great TRP on the television. According to the promo video, this serial starts with Vanraj saying to Anuj it is odd that he has not found Anupama’s name. Hasmuk says to Vanraj that in the last 26 years he has never seen Aupama what is the use of searching her name. He tells Anuj and Anupama completes the game. Malvika asks everyone to get MaAn’s engagement done. Shah was shocked after learning about the missing engagement rings. Everyone is suspicious of Vanraj. Vanraj defends himself and says he can be a hero, or villain but not so predictable.

Anuj and Anupama and Malvika asks Vanraj not to create scene today. Dolly finds the rings. Meenu reveals that she has rings because by mistake she spilled ketchup on her and thus goes to see it. Malvika thanks Menu. Leela says that everyone was falsely accusing Vanraj. Vanraj says Anupama is his ex, so it is normal to be afraid of him. Malvika say to Anuj and Anupama to exchange rings. Vanraj taunts who has ever thought that one day Anupama will wear a diamond ring.

Anuj gives a befitting reply to Vanraj that he has never valued Anupama. Malvika says to Anuj t read the poem for Anupama before exchanging rings. Anuj remembers Kinjal’s message where she revealed to him about Anupama being conscious about her look. Back to reality; Anuj mesmerized everyone with his poetry for Anupama. Vanraj, Leela, and Kavya get irritated. Anuj calls Anupama his world. He says that she is one of the beautiful women. Anupama is very happy to have Anuj in her life. Later, Anuj and Anupama exchange rings with each other.

Leela thinks after seeing Anuj and Anupama’s engagement she is getting jealous. Kanta asks Leela to have sweets. Leela gets offended by Kanta for arguing with her. Kanta threatens Leela and says dare she will hamper Aupama’s wedding. she said that a girl’s mother is also Goddess Durga. Kanta asks Leela to take back her curse, otherwise what if her curse turns towards her.

She asks Leela to eat sweets. Leela throws the sweets and it falls on the Tulsi plant there. Kanta gets happy. Leela got annoyed. In the meantime, Anuj, and Anupama spend quality time together. Both hug each other. Anuj gives a forehead kiss to Anupama. The episode ends here. Stay tuned for more updates.