Anupama 4th February 2022 Latest Episode Update: Vanraj Waits for Malvika To React As you know Anupama is a very popular show among people, it is running with amazing TRP. Here we are sharing a full written update of the latest episode in this article. According to the promo videos, The latest episode starts with Vanraj manipulating Malvika and saying she silently obeyed all her brother’s instructions; He tells Malvika he learned from Anupma that both people’s involvement is very important in any relationship.  but Malvika is nowhere between her and her brother’s relationship. Anuj doesn’t have any right to interfere between him and his sister. Vanraj says she got out of one abusive relationship but is stuck with another abusive relationship with her big brother forever. Malvika shouts her brother loves Mukku a lot.  Vanraj asks Malvika just like she sacrificed her partnership with him, can her brother sacrifice his partnership with Anupama. 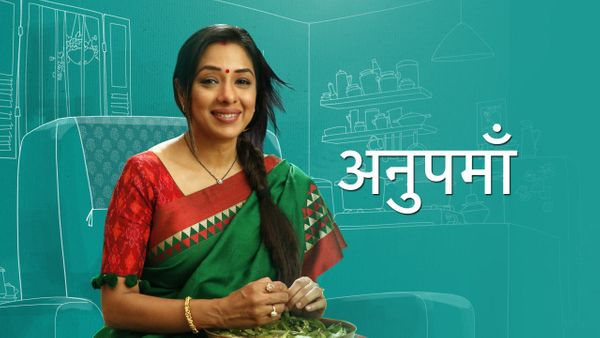 Anuj thanks Malvika for not supporting Vnraj and trusting her brother, but Malvika stands silently. Anu fears if Malvika tell for Vanraj’s trick. Samar says to all the family about Malvika’s decision. Baa says her son is not wrong this time, Malvika is wrong this time. Tosho also says the same. Bapuji asks them to stop and let the house be a house and not a battleground. Kavya says Vanraj is playing a game and will not stop until he wins. Vanraj eagerly waits for Malvika to react. Anuj tells Malvika that whatever he did. Malvika says he does it always and ruins her happiness. He told Akshay loved her money, but Akshay loved her as well and she should have given him money in exchange for love. He got her married to an abusive person.

Vanraj Waits For Malvika To React

Vanraj gets Malvika’s voice message apologizing to him and saying Bhai did wrong with them. He says that it’s not Anuj’s mistake that any brother would do the same, one who inflames him is at mistake, she shouldn’t bother and attend today’s counseling session. Kavya throws flower petals at him. Kavya gets angry at him and says he always plays with all emotions he is 45 years old but he doesn’t stop his behavior.

Kavya says he uses people and pushes them away when he gets what he wants Vnraj says he will use Saam, Daam, Dand, Bhed, or anything to reach his aim. Anupama cries remembering Vanraj poisoning Mukku’s mind and Mukku blind acting like Vanraj’s puppet. Anuj cries as well to think about his earlier happiest moment with his sister Mukku. Anu walks to him with her bag and says she doesn’t know about life but she has to go from his house and his business. She notices her, Anuj, and Mukku’s photo in his hand, and folding it says nobody should be there between brother and sister. Episodes end, the overall show is getting more interesting and entertaining. Stay tuned for more updates.