Kumkum Bhagya Spoiler Written Update 4th June 2022: Today we will be bringing you the latest updates on the episode that is going to be released on the 4th of June. The latest episode is going to be full of drama as the TV series has been running for a long time and has always had dramatic episodes throughout the entire series as long as it has been running. Lately, the drama series has had a lot of twists and turns and it was almost a roller coaster ride with many steep ups and downs. 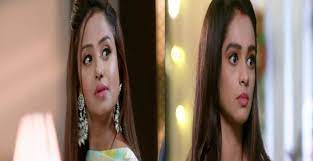 In the previous episode, Ranbir was upset about Prachi thinking whether she was upset. At the same Prachi was worried about Ranbir as he left her. He went to Stanley to ask whether the divorce papers were ready or not. Rhea found out that there was a ring in his blazer. Seeing that ring made her happy, so she went to tell Aaliya about it. Kumkum Bhagya Spoiler Written Update 4th June 2022

The divorce lawyer informed Stanley that the divorce will not happen as Rhea won’t ever leave Ranbir. When Stanley called Ranbir it was picked by Prachi and he mentioned that the divorce papers were ready. When Prachi tells Ranbir that she already knows he got surprised.

Rhea was sad about the fact that they had to leave their rented house as they were happy there even when they didn’t have a lot of money. She shares their past life and promises, with her. The episode ends with Ranbir thinking of Divorcing Rhea and that will get him and Prachi back together.

The episode starts with Ranbir thinking about getting back with Prachi and patching everything up. He talks about getting divorced from Rhea and getting back the happy times that were lost. Rhea is thinking that Ranbir will surprise her, but Ranbir has other plans. He wants to get divorced from her and end their relationship for good. But, there will be a twist as his mother declares that if he divorces Rhea then she will leave the house forever and won’t come back. This shocks Ranbir. But, we will also see that his father and grandmother will be in support of Ranbir as his mother is supporting Rhea.

Rhea is also happy thinking that Ranbir is going to leave Prachi forever. But, Ranbir will not be leaving Prachi as she is also going to be a mother to Ranbir’s son. There is no feeling in Ranbir’s heart for Rhea because there is only one person that he loves and that is Prachi.

Be on the lookout as we bring you regular updates for the show.