A piece of shocking news comes from the Kumkum Bhagya television serial. The famous actress named Zarina Roshan Khan who played the role of Indu Daadi in Kumkum Bhagya was passed away at the age of 54. All the star casts are in shock and pray for her departed soul. A sudden cardiac attack took her life and all the fans are very sad for her. Yesterday, she was passed away and some of the famous personalities post a pic with her on their social media. 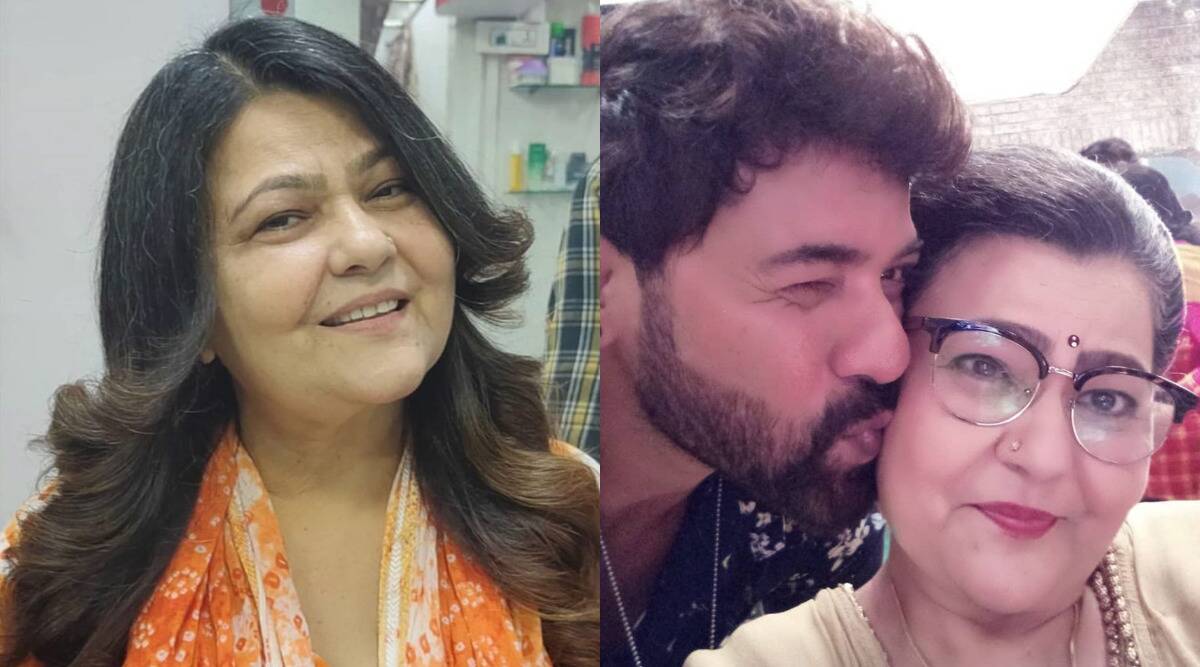 Shabir Ahluwalia and Sriti Jha posted a pic with her on their Instagram account and mourn their demise. Both personalities worked with her in the famous television show Kumkum Bhagya and loved her very much as the character name Indu Dadi she played.

The actress was 54 and passes away yesterday night after a cardiac arrest. She had worked in many films as a stuntwoman before coming to television shows. After Shabir shared a photo of Zarina Roshan Khan, many actors and actresses commented on it and expressed their shock after hearing the news of Zarina Roshan Khan’s death. One of the comments of Shraddha Arya is “Really Shocking and Extremely Sad” and other costars of the television show Kumkum Bhagya and spin-off Kundali Bhagya pray for her.

Shabir Ahluwalia shared a picture in which he kissing Zarina on the cheek. He wrote in the caption that “Ye Chand Sa Roshan Chehera”. After that, many actor and fans comment on the pic and shows their expression and love for Zarina Roshan Khan.

On the other hand, Sriti Jha shared a selfie with her and a video in which Zarina dance to the famous song of Sridevi “Hawa Hawai”. In the caption, Sriti posted a heartbroken emoji. Many co-stars of Kumkum Bhagya posted a comment on Sriti’s post and very shocked after hearing the sad news.

Another actor Anurag Sharma remembers her and said “The news is true and very shocking. She was a sweet lady and full of life. She was so energetic even at this age. I think she worked as a stuntwoman at the beginning of her career and she was exactly like a fighter in real life.

I shot with her last month and we had a good time. She was all fine, but suddenly this news come today in our group. I pray her soul rest in peace.” After hearing about the Death of Zarina Roshan Khan, all the fans and stars are very shocked and pray for her departed soul.